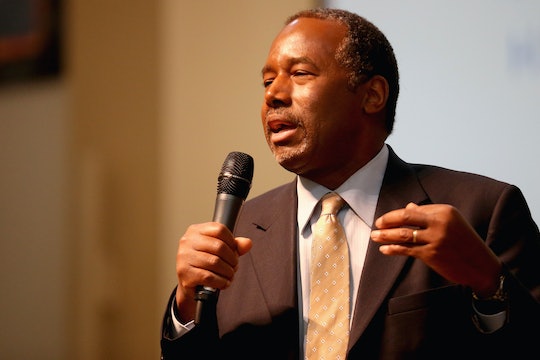 As a bizarre twist on the night of the Iowa caucuses, CNN reported Republican candidate and retired neurosurgeon Ben Carson was leaving the campaign trail to return to Florida before going to the National Prayer Breakfast. Most significantly, he reportedly will not continue straight on to New Hampshire — where primaries will take place next week. The move led many people to the conclusion that Ben Carson will drop out of the GOP race for the presidential nomination.

Last fall, Carson briefly led the Republican party in national polls for the nomination. By the time of the Iowa caucuses, however, he had slipped to fourth place in the national polls with an average 7.6 percent of voters favoring him.

However, other than the decision to go back to Florida, there are no clear signs Carson is ending his campaign. Before the news broke on Monday night, he asked the people of Iowa via Twitter to "trust me with your vote." He added, I will be a President that will fiercely uphold our Constitution." Salon's Scott Eric Kaufman noted Carson's return to Florida could even be a good — if not unusual — political move, considering he first made a positive impression on many would-be voters at the National Prayer Breakfast.

Still, some other political analysts say Carson is done.

So it seems Carson is technically still in the race for the GOP nomination — even if the results of the Iowa caucuses tell a different story.