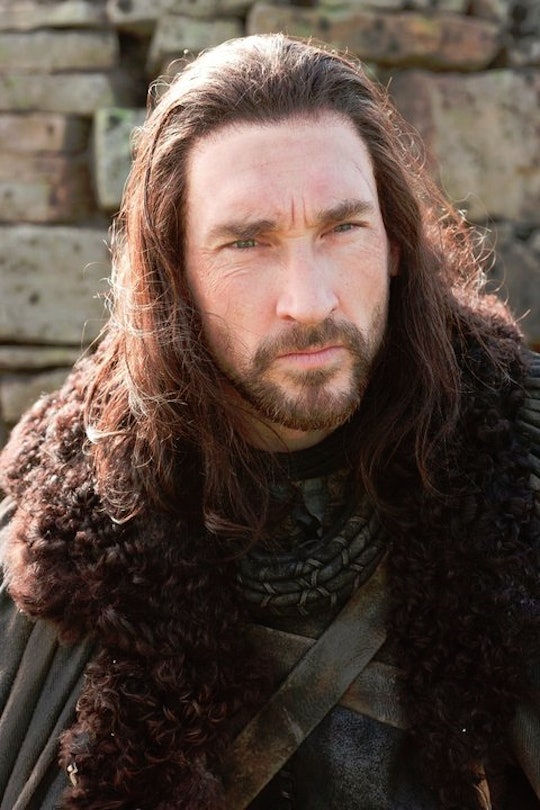 Will Benjen Help Bran & Meera On 'Game Of Thrones'? This Lost Stark May Finally Return

On the May 22 episode of Game of Thrones, fans said goodbye to two beloved characters, Hodor and Summer. Their deaths will be mourned for a while, but it seems in exchange we may be seeing the return of a long lost Game of Thrones character: Benjen Stark. Benjen, Ned's younger brother, was last seen going beyond the wall with a group of rangers and then was never seen again. His horse returned to the Wall, but Benjen was nowhere to be found.

Based on the fact that we didn't actually see Benjen die, fans have clung to the idea that he is very much alive somewhere North of the Wall. Remember: no one is dead until we see the body, and even then, I'm still not convinced (hey, Jon Snow). A popular fan theory is that Benjen was the Night King, but based on the latest Game of Thrones episode fans now know that's not true. This has led to another theory that just as Bran was marked by the Night King, Benjen was also, and the reason he hasn't returned is because if he goes past the Wall the Night King would be able to pass the Wall as well.

Another popular theory is that Benjen will save Meera and Bran from the White Walkers and wights. In the preview for the sixth episode of Season 6, it's clear Meera and Bran will still be running from the Army of the Dead. Reddit user Starfishsamurai connects this clip to a moment in the trailer for Season 6 where a man is seen riding a horse, killing what looks to be wights with a flaming flail. Starfishsamurai believes these two scenes are connected and it is probably Benjen showing up to save the day.

There is one major flaw with this theory, though. Benjen's horse came back to Castle Black. Of course, it's possible Benjen just found another horse but horses aren't that easy to come by beyond the Wall so this still seems unlikely.

Still Imgur user KainoaBorges posted another good observation, noting that Joseph Mawle, who played Benjen, had a new credit added to his IMDb page that said, "Brother Beyond the Wall." That credit has since been removed from his page, however.

Though the evidence is shaky, the return of Benjen Stark wouldn't be all that surprising. There seemed to be a hint of his return with the flashback showing a younger Benjen saying goodbye to his father and siblings in the latest episode as he left to seemingly go to the Wall.

This season of Game of Thrones has been very focused on the Starks, and what better time to bring back a long lost Stark than now? Plus, someone does have to save Meera and Bran (they can't kill Bran without showing us the Tower of Joy, right?) and Benjen seems like the most likely choice.