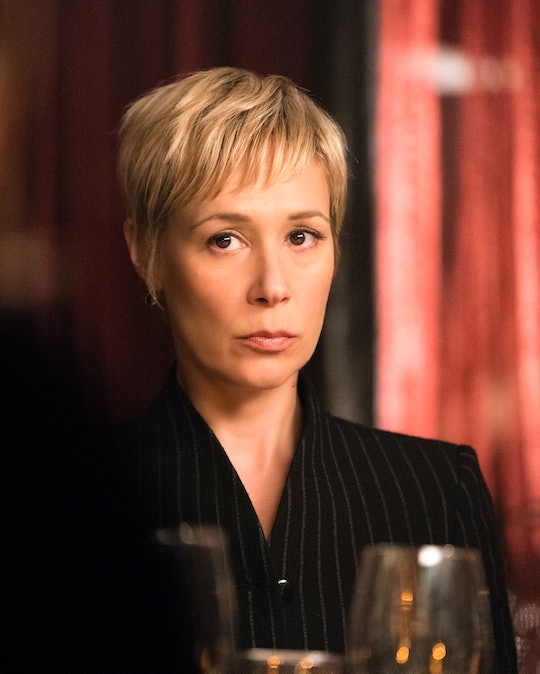 In "I'm Going Away," the first episode of How to Get Away with Murder Season 4, Annalise decided to let go of her entire team, from Bonnie to the Keating 5. Cutting them loose was meant to be for their own good, but no one reacted positively to the news. Bonnie in particular might have made a drastic move in response. So will Bonnie betray Annalise on How to Get Away with Murder? It certainly seems possible that she's up to something sinister.

Bonnie was clearly taken aback by Annalise handing her a recommendation letter and sending her on her way. She had stood by Annalise through everything that happened, from murders to scathing put-downs, and she'd never wavered in her loyalty. Annalise even praised that dedication in the letter she gave Bonnie before essentially firing her. But it's possible that enough was finally enough for Bonnie. After having her years of commitment so abruptly dismissed, she might finally turn on Annalise.

The episode concluded with Bonnie heading to the Assistant District Attorney's office, though what she's planning is still unclear. Nate asked her what she was doing there, but Bonnie didn't answer in depth as she made her way into a meeting with Todd Denver, so the audience wasn't privy to whatever was on her mind.

Annalise and the ADA have never had a great relationship, especially because she keeps getting involved in murders and he keeps trying to expose her involvement in murders. Bonnie is in a position to spill all the dirt on Annalise's misdeeds and if she's feeling betrayed by what Annalise did, then she might be ready to sing. Bonnie switching sides could result in things falling apart even further for Annalise, perhaps leading to more jail time or disbarment. Annalise has been able to evade longterm consequences again and again, but that might not be true forever.

And she shouldn't count on Bonnie's loyalty anymore. Everyone was let down by the fact that Annalise had pulled them into all these dangerous situations and was now dismissing them, but Bonnie has more reason to be upset than most. She's been on Annalise's side since before the series began; she credited Annalise and Sam with helping her escape her nightmarish childhood. Bonnie was like family to them (not that they treated her all that well) and they were all she had. Now she's totally adrift.

Whether Bonnie reveals incriminating information to Denver or not is anyone's guess. Either possibility makes sense. She has the motive to turn on Annalise and no one could really blame her for it, because Annalise hasn't made things easy on Bonnie over the years. However, it's difficult to imagine Bonnie ever betraying Annalise. If she didn't do it before, why now? It's not like she's unfamiliar with Annalise's capricious shifts in mood. What makes this any different?

Bonnie could have other plans, as well. She may just be interviewing for a job with Denver because she's no longer employed and needs work. She could be trying to infiltrate the DA's office so she can continue to protect herself and those she cares about. There are countless possibilities that might have nothing to do with Annalise at all — though that doesn't feel very likely. At the end of the day, it's almost always about Annalise.

The only thing viewers know for sure is that they should expect the unexpected. Bonnie is a free agent for the first time ever and she could do anything. Annalise shouldn't underestimate her, and neither should the audience. But whatever Bonnie's up to, at least she's finally making that decision on her own.