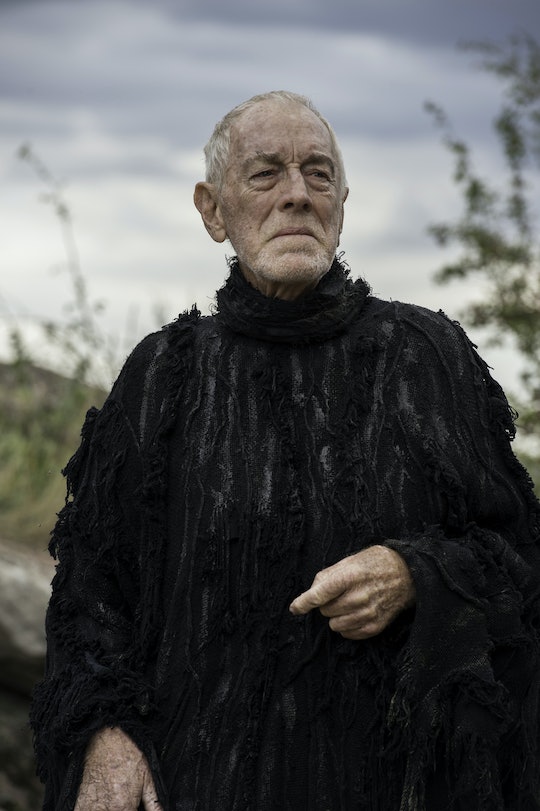 Will Bran Become The Three Eyed Raven On ‘Game Of Thrones’? Here's What We Know

Bran had a very interesting night on Sunday night's episode of Game of Thrones. The episode description said "Bran learns a great deal," but nobody could have predicted that Bran would learn that much. But more importantly, the rest of us would like to learn if Bran is going to become the Three-Eyed Raven or nah. Early in the season, The current Three-Eyed Raven told Bran that he would not become an old man in a tree, but does that mean that Bran won't eventually take his place? Or will he?

The episode left off with Hodor tragically losing his life while guarding the door from the attacking White Walkers as Meera dragged Bran off to safety. We learned that Bran warged into Hodor from the past while screaming "hold the door," which is what Hodor was attempting to do, and is also the origin of Hodor's signature phrase "hodor." Hodor wasn't the only character to lose their life in the struggle. Episode 5 was a doozy, and saw the death of yet another Direwolf, Summer, and Leaf, the Child of the Forest when she set off a firebomb that blasted the whole cave. In the explosion, did the Three-Eyed Raven die too? This would leave a position open for Enigmatic-Wise-Greenseer that Bran just might have to fill.

But Bran might have another future ahead of him. The Three-Eyed Raven may have been able to warg into an actual raven and fly to safety, for one, meaning that he could probably in some way continue teaching Bran. But even if he did die, and Bran is on his own, he said that Bran would not become an old man in a tree. Some internet theorists contend that Bran is to become a legend in his own right, and that he, in fact, is the catalyst behind all the events of the series.

There have been seemingly interminable Brandon Starks throughout Westeros histories, and it was in fact a Brandon Stark who, in the Age of Heroes, built The Wall separating the Others from the rest of the realm in the beginning. Some theories contend that the Bran Stark we know and this original Brandon Stark are actually the same person, however unlikely that may be. Another, more plausible, theory, is that Bran is the one who drove Mad King Aerys mad in the first place. Remember how King Aerys used to obsessively burn people? Sounds a lot like what you're supposed to do to White Walkers to kill them. Could Bran have been trying to tell Aerys to "burn them all" referring to White Walkers? We already know that Bran's interference in the past has the possibility to mess with people's brains, as we saw with Hodor.

Who knows. But whatever does happen next with Bran, you can be sure it's gonna be big.