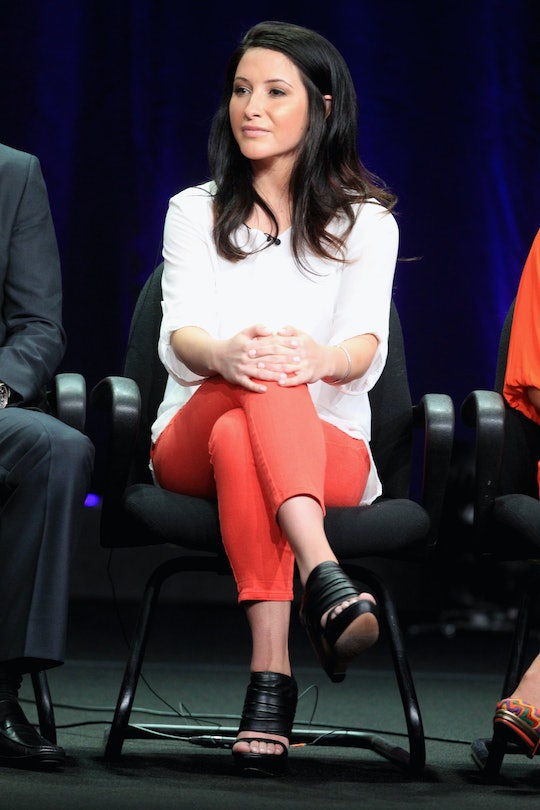 Bristol Palin Was Disappointed By Her Time On 'Teen Mom OG'

There were some big changes in Season 7 of MTV's Teen Mom OG. Long time cast member Farrah Abraham departed from the series, and two new women joined in her place: Bristol Palin and Cheyenne Floyd. Cheyenne is returning for Season 8, but will Bristol Palin be back for Teen Mom OG?

It looks like Bristol is going to be a one season wonder. In an April 2019 post on Instagram, she announced that she was leaving the show. She shared a screenshot along with an explanation for her decision; it seems like her foray into reality TV just wasn't quite right for her or her family. It wasn't a good fit and, in her words, "took away [her] peace." It wasn't a question of money, because Bristol wrote that her "peace has a price tag that no one but God can afford." After her divorce from Dakota Meyer, Bristol wanted to rebuild her life "in the right direction." She wished the other women on the show the best of luck, but she was out for good.

Bristol's dissatisfaction with Teen Mom was well-documented before her official statement. In December 2018, she made another post on Instagram where she expressed disappointment in how she came across onscreen.

Alongside a photo of her family at Christmas (including son Tripp and daughters Atlee and Sailor), Bristol wrote at length about feeling misrepresented by Teen Mom OG. She thought the show portrayed her life inaccurately, focusing on the drama at the expense of realism. "I'm a pretty great mom, work my a** off, show up, and hustle everyday [sic] to give my kids a pretty great life," she wrote, going on to say that the series didn't feature her faith, work ethic, or the struggle of raising three kids on her own.

"They don't want to show the humble process of starting over after a divorce, building a career, or any real life issues," Bristol said. "All they want with my little segment each week is some fake fill-in Farrah Abraham/Jerry Springer BS, and it's simply not true." She had grown a lot since her divorce and felt her life was about more than "baby daddy drama." She had kept her misgivings to herself for too long and couldn't keep quiet anymore.

Bristol concluded by writing, "Every week is a continued disappointment with their inaccuracies and false narratives." She told her followers not to believe everything they saw on TV.

Bristol was obviously unhappy on the show, so it makes sense that she would step away from it. The rest of the cast isn't looking to replace her, either. In a joint interview with Us Weekly, Cheyenne, Caitlynn Baltierra, Maci Bookout, and Amber Portwood all made it clear that they were happy to be a team of four. They had bonded with Cheyenne since Season 7, and they didn't want to shake up the status quo again with someone else. "No new friends," Maci joked.