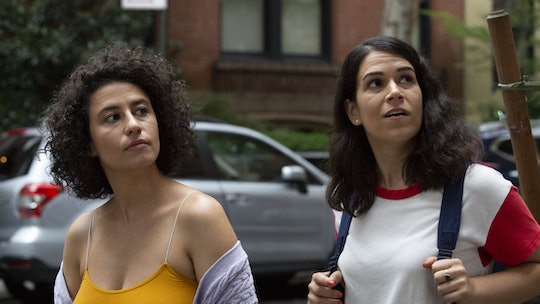 The fifth and final season of Broad City is well under way on Comedy Central, with new episodes airing every Thursday night. But if you don't have a cable provider or you're just more into streaming these days, then you might be wondering where else you can watch the show. For example: will Broad City be on Hulu?

Season 5 of Broad City isn't on Hulu, at least not yet. Only one episode has aired so far, but it didn't pop up on the streaming service afterwards. However, the first four seasons of the show are on Hulu, so it stands to reason that the new episodes will join the previous ones eventually. There haven't been any official announcements about it from either Comedy Central or Hulu, so that little bit of conjecture is based entirely on past patterns.

According to Decider, it took a couple of months for Broad City Season 4 to appear on Hulu after its finale. That means Season 5 might be available after it finishes. There are still nine episodes left to go, so if Broad City Season 5 does make the jump to Hulu, then it wouldn't be any time in the next few weeks. It's more likely that it would be months for now, if indeed it does appear on Hulu at all.

You may not be able to catch new episodes on Hulu, but that doesn't mean you can't stream Season 5 of Broad City at all. The show is available on Comedy Central's website. You can stream "Stories" there any time you like, as well as catch up on past episodes or favorite clips. It doesn't seem like you need a cable provider log-in for the new episode, but you may need it for older ones.

The premiere episode of Season 5 played with the traditional format of the show by having everything take place via Instagram stories (without actually namedropping Instagram). Ilana chronicled Abbi's 30th birthday celebration, which involved traveling the entire length of Manhattan. They stopped for brunch, zoomed in on cute dogs, accidentally dropped down a manhole, and hung out with a missing child. There were emotional highs and lows, mixed in with celebratory montages of Abbi's butt. It was all the best parts of Broad City.

These are the last ten episodes of Broad City ever, so every episode feels slightly more significant that it might have in the past. Abbi and Ilana are growing up and hitting new milestones in their lives. They've always been on joint journeys of self-discovery, but it feels more final knowing that there won't be any new episodes after this season is done. Fans will have to enjoy all the Abbi and Ilana they can get before the series finale rolls around.

If you can't watch week to week on TV, then you can hold out and marathon the season if and when it appears on Hulu in the future. But the Comedy Central website might be your best bet to stay on top of new episodes. You can always rewatch once it lands on Hulu, too.