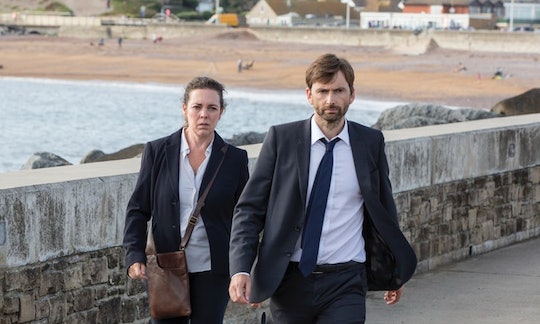 If the first two seasons of British crime drama Broadchurch were enough to pull in viewers tightly, then its almost revamped third season, following some new characters and a different kind of crime, probably should have secured the series a few more seasons at best. So will Broadchurch return for Season 4? It’s definitely had a good run as a successful BBC crime series that Americans came to love as well. But according to creator Chris Chibnall, Season 3 of Broadchurch will be its final season of the entire series.

When talking to BBC Radio Four back in April, Chibnall insisted, "That is it and there will be no more after this one, absolutely." That's probably disappointing for fans who might just be starting the series or who became invested in it, but it’s not entirely uncommon for BBC shows to quit while they’re ahead, much like the Jamie Dornan and Gillian Anderson-helmed The Fall. Unlike Broadchurch, it could come back for a fourth season eventually, but in the case of Broadchurch, it might be best to end on a high note.

Chibnall clearly recognizes the success and following of Broadchurch though and also told BBC Radio Four, "It's been an extraordinary journey with the show and [its success] has taken us all by surprise."

Although the goal of Season 3 of Broadchurch was to focus more on some of the other characters while still allowing the old favorites to be front and center, the case of Trish Winterman’s brutal rape allowed some of the core characters to resolve feelings among themselves and make for a satisfying final season.

But, Chibnall told Radio Times, it was always his plan to end Broadchurch after three seasons after a lot of intricate planning. "I have four giant whiteboards and a brilliant script editor," Chibnall said. "We storyline everything and then start with the characters... When you plot an hour-long episode, you have to do it very tightly in four acts around the ad breaks."

Chibnall, who is also known for Gracepoint, is set to be the new Doctor Who showrunner, so his plate is going to be full with a whole new project anyway, though he's written for the series in the past.

Since it was always the plan to have Broadchurch be a thrilling, twisty, but short-lived series, it likely won’t be returning anytime soon (especially since Jodie Whittaker is going to be starring on Doctor Who next as the title character), but it was definitely an exciting ride.