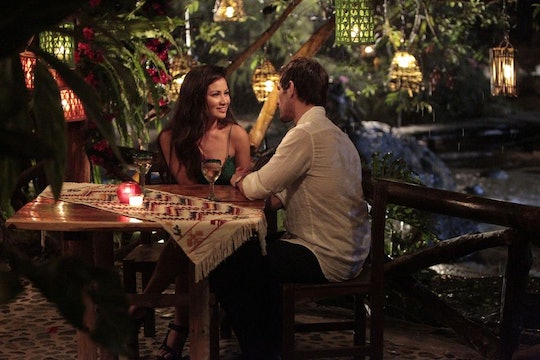 Will Caila Leave ‘Bachelor In Paradise’? She Seems Really Uncomfortable

Caila entered Bachelor in Paradise several weeks ago and shook things up between Jared and Ashley I. Actually, that's not entirely true – Jared was not really into Ashley, but she was clearly still in love. Regardless, Jared fell hard for Caila quickly. This resulted in a lot of sobs and scheming from Ashley. On Monday night's episode, these schemes might have made Caila reach her breaking point. Will Caila leave Bachelor in Paradise? She does not seem happy anymore.

Let's backtrack a bit: Ashley fell in love with Jared on last season of Bachelor in Paradise, but they broke it off. Supposedly they remained friends, but still evidently in love with him, though. Ashley came back this season to rekindle their love. Her plan was thrawted not just because Jared did not want to get back together, but because Caila entered the picture.

Caila and Jared immediately hit it off and have been a couple on the show ever since – which does not say much since there are countless couples, but it's further than Ashley got with Jared in their relationship. Ashley did not take this well; not only was she constantly crying about this, she was trying to break them up.

On Monday, a beacon of hope for Ashley entered Paradise: Wells. Like a drop of water in the desert, Wells might have been the savior of Ashley's love life...that is, until Jami showed up and took him on a date. Jami and Wells, too, seemed to hit it off. At first, it seemed that Ashley matured a bit and took it in stride. After all, this is Paradise; just because you go on a date with someone, doesn't mean you're automatically in a relationship (just like real life!).

Ashley soon derailed, though, and decided to talk to Caila one-on-one. She said that Caila betrayed her, and she doubted her intentions for being with Jared. This seemed to break Caila, who started to pack her bags. Will Caila actually leave Paradise? She seems to only be there for Jared now, so it's certainly a possibility. It's also possibile that he will leave with her, and they'll forget the show and just live their lives.

Jared (and/or the producers) could also convince her to stay and confront Ashley for what she said. No matter what the outcome, it will be interesting to see if Ashley's tactics grained on Caila enough to make her leave.