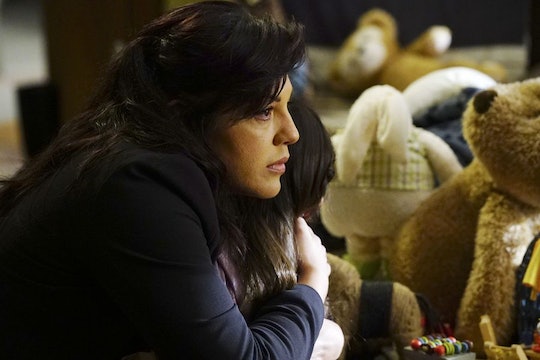 Will Callie Try To Get Custody Of Sofia On 'Grey's Anatomy'? She Won't Give Up

When Callie decided she wanted to move to New York with her girlfriend, Penny, and take her daughter, Sofia, with her she probably didn't think that one choice would lead to her losing custody of Sofia. But this is Grey's Anatomy, and nothing is ever simple. Although Callie claimed she wanted to work something out with Arizona before taking Sofia to New York, Arizona didn't feel that way. To Arizona, it seemed like Callie was just going to take Sofia, without really asking Arizona for permission. And thus, Arizona lawyered up, and although Arizona and Callie's lawyers both tried to negotiate a deal, neither could agree, so they went to trial.

During the trial Arizona's character was definitely attacked. Callie's lawyer made it seem like Arizona is dedicated solely to her job and doesn't make enough time for Sofia. The lawyer also tried to slut-shame Arizona for going out with Dr. Weber so much. Overall, it was awfully heartbreaking to watch Callie sit by and let this happen, and in the end it was somewhat vindicating to see Arizona get custody over Sofia, despite all the mudslinging.

But, even though Arizona did win custody, will Callie really just give up the fight? At the end of the last episode when Penny reached for Callie's hand, Callie yanked it away possibly indicating she, at least partially, blames Penny for the loss of custody over Sofia. Of course that would be completely unfair to Penny since this was all Callie's choice, but still. This may be enough to break up Penny and Callie, which would be very unfortunate since their relationship is what led to the custody battle in the first place.

But if Penny and Callie do break-up, that'll mean Callie will stay in Seattle and possibly try to get joint custody of Sofia again. It seems clear that Callie regrets her actions, especially since she lost the battle, but will she really want to go back to court again so soon? Probably not. Callie will most likely try to plead with Arizona to work out a new custody agreement, but with the way Arizona was treated in court, Arizona probably won't be open to hearing what Callie has to say.

If the Calzona ship wasn't totally over before, their court case definitely put the nail in the coffin for that ship. The best that Callie can hope for is Arizona's forgiveness and joint custody of Sofia again, and even that's a stretch. As this season of Grey's Anatomy comes to an end, Callie will have to decide if she's going to fight for her daughter (again) or give up the fight and move to New York.