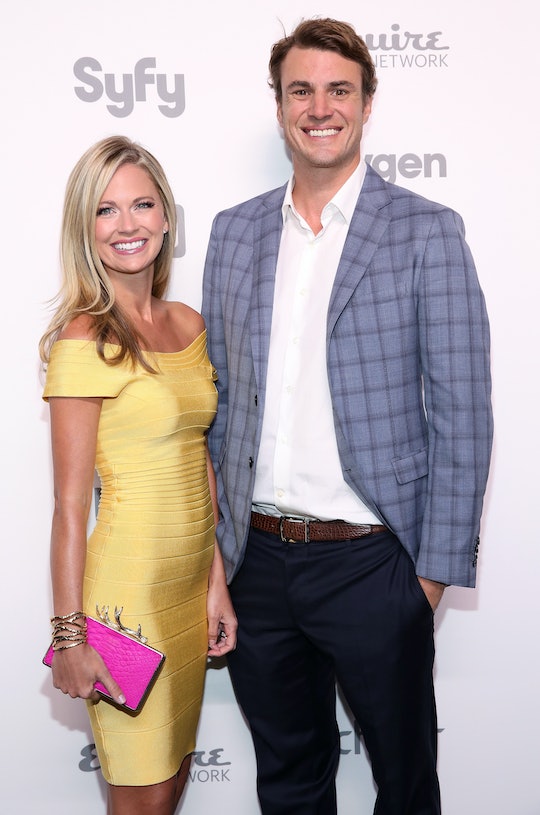 Will Cameran Eubanks Have Children? The 'Southern Charm' Star Is In No Rush

There comes a time when people start asking a woman, "So, when are you going to start having children," as if they check-marked a box when signing up for a free three-month Tidal subscription. For some women, that answer is easy, for others, that answer is a bit more complicated — or at least, involved. For Cameran Eubanks, of Southern Charm, it is certainly the latter, and there's nothing wrong with that. But, because Cameran is on reality TV, and because she is opening her life up to the public, fans might be wondering, will Cameran have children on Southern Charm? Well, you wouldn't be the first, and you probably won't be the last, person to ask that. And, luckily, Cameran has the answer.

In March 2015, Cameran told WetPaint just where she was standing on the having-a-baby thing. She had gotten married to her husband between Season 1 and two, which probably caused her to field the question even more than she had already been doing, but what she told WetPaint makes sense.

""[I have] no real desire anytime soon," she said. "I’m waiting for that feeling to kick in, when you feel the urge to. It just hasn’t kicked in—and it might not ever, you never know." Now, this was from 2015, so there's a chance that that "urge" has kicked in a year later. But, as Episode 4 promises to cover, Cameran considers talking to a therapist about her "reluctance" towards motherhood.

"Before we got engaged," she told WetPaint, "I sat down with [my husband] and said, ‘I have no desire to have a child right now, there might be a big possibility I might never want to have a child, I just want to make sure you’re not going to leave me if I don’t give you a kid.’ And he told me he would not, so let’s hope he sticks to that!"

Cameran is definitely setting a great image for women who might not feel the urge to have children right after getting married. It's nothing to be ashamed of, and it's nothing you should feel rushed into. The same goes for women who are tired of answering "When are you having more children?" How about you let me do me? (That's something I'd like to imagine Cameran saying.)

So, while Cameran might, or might not, change her mind about having kids, I think when it comes to the Southern Charm cast, she's already got her hands full.