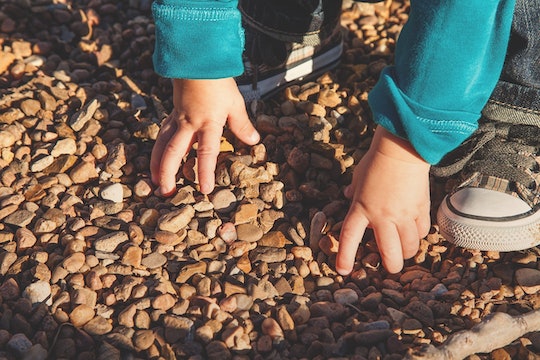 Will Care For Disabled Kids Change Under Trump?

With the incoming Trump administration's promise to repeal and replace the Affordable Care Act, so-called Obamacare, many Americans are left to wonder what that might mean for their coverage, particularly for parents of kids with special needs. Will care for disabled kids change if the ACA is repealed? Many protections that benefit families with kids who have special medical needs could be rolled back.

Over the weekend, President-elect Trump gave an interview to the Washington Post, promising to provide "insurance for everybody" that will be "much less expensive" and require "much lower deductibles," according to NPR. But beyond those sound bites, there is little detail about a potential replacement available to the public.

As it stands, the Affordable Care Act, according to the Obama White House, offers some key protections to children with disabilities including: ending discrimination by insurance companies for pre-existing conditions; an end to lifetime dollar limits on care; a decrease in overall health care costs; the extension of coverage to disabled adults up to 26 years old; the expansion of resources for Aging and Disability Resource Centers (ARDCs); and more funding for Community Health Centers.

According to Business Insider, House Speaker Paul Ryan said there would be some elements of "repeal" and "replace" in the same bill, but the future of health care policy in America remains unclear.

Last week, the GOP-led House voted against amendments that would protect aspects of Obamacare including protections for people with pre-existing conditions, and letting adult kids stay on their parents' plan — two fundamental aspects that benefit families with disabled kids, according to ThinkProgress.

On Friday, Speaker Ryan said this about Republican Congressional efforts to repeal and replace Obamacare, according to the Washington Post:

This is a critical first step toward delivering relief to Americans who are struggling under this law. Our goal is a truly patient-centered system, which means more options to choose from, lower costs and greater control over your coverage. And as we work to get there, we will make sure that there is a stable transition period so that people don't have the rug pulled out from under them.

During a Thursday CNN Town Hall, Ryan also said that Congress was gearing up to have a replacement in place within the first 100 days of a Trump administration.

The Los Angeles Times reported that GOP leaders, including Speaker Ryan have expressed an interest in making changes to programs like Medicare, which covers more than 50 million Americans who are elderly and disabled.

While what will be proposed to replace Obamacare is still unclear, one thing is undeniably true: parents with disabled kids need to pay attention to the upcoming health care debate and make their voices, and concerns, heard to their representatives and lawmakers.