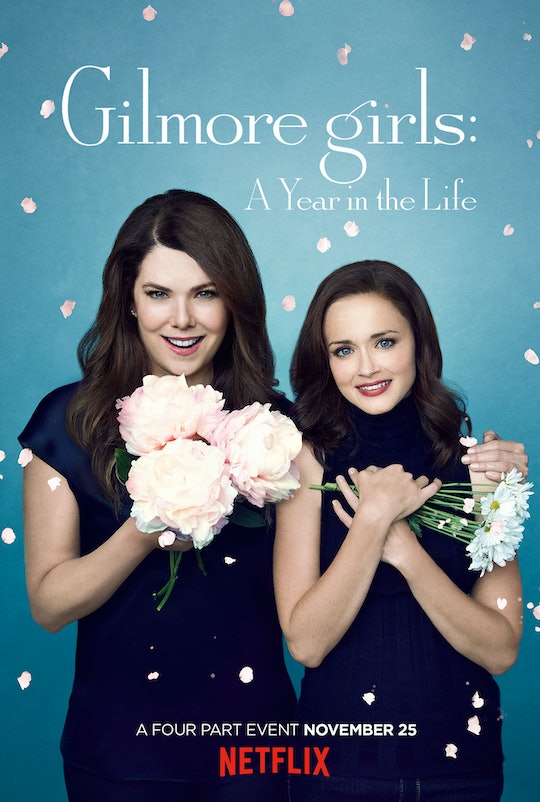 It's hard to follow up a classic – and that's exactly what Netflix is attempting with their Gilmore Girls revival. While viewers are obviously thrilled for a return to Stars Hollow, there's been some wariness about trying to follow up a near-universally adored series with the four-episode reboot. One thing is for sure — Gilmore Girls fans won't stand for anyone messing with the aspects of the original show that they loved the most, like the theme song. The question of whether Carole King will sing the Gilmore Girls revival intro song is weighing heavily on fans' minds.

The original theme song, "Where You Lead," is an iconic part of the original broadcast run. The tune was written by King along with lyricist Toni Stern in 1970, for King's 1971 album Tapestry, and later covered by none other than Barbra Streisand. Fun fact: The song, as first recorded, was actually about a romantic relationship between a woman and a man. Gilmore Girls' creator Amy Sherman-Palladino asked King for permission to use the song. Instead of granting permission, King suggested re-recording what would become the classic theme and tweaking the song's original lyrics to reflect a mother-daughter bond over a romantic one. According to Sherman-Palladino, it was also King's idea to re-record the song with King's own daughter, Louise Goffin, for the purposes of the then-new show.

Given the rich history behind the theme – that it was quite literally made for the series – it seems inconceivable that the song could be changed for the revival, doesn't it? Sherman-Palladino, in a fifteen year anniversary interview with Entertainment Weekly, even said that "if [the show] were on for a hundred years [they] would never change that theme song," calling it "the greatest theme song in the entire world."

But does that hundred-year run apply to Netflix revivals? When the official trailer for the revival debuted, it did feature the same theme, giving fans hope that the opening could potentially remain unchanged in the transition from cable to Netflix.

On the flip side, Lauren Graham (in a September interview with Entertainment Weekly alongside her on-screen daughter Alexis Bledel) confirmed that the four-episode reboot was kicking off with "Winter" (to be followed by the three episodes named after the remaining seasons). Graham also theorized that another King song, "You've Got a Friend," formed the basis of the episodes' titling — and that they'd use it for the revival.

"I always assumed that it was 'You've Got a Friend:' Winter, Spring, Summer, and Fall," said Graham. "And I always assumed they were going to ask her to use that song. I don’t know if that’s true. That’s just what I figured, given that she did our theme song and is a part of the show."

Now, what remains unclear is whether Graham meant that "You've Got a Friend" would be featured in the show, or whether it would take the place of the old theme. In an earlier Glamour interview over the summer, when asked about whether the iconic theme would return for the revival, Graham said, "I believe so, but there may be additional... music is still being discussed because on Netflix they don't really have a traditional title sequence."

Cue panicking! No title sequence? I don't think I'm ready to let go of it just yet. Luckily, Graham assuaged our fears, telling Glamour that "of course" they're "not going to let go of the song" and that "it will be there... where you follow." While most of the revival's plot is being kept closely guarded, it's good to know that we can expect to hear the beloved theme again — even if it's played during the course of the series and not in the classic opening credits.