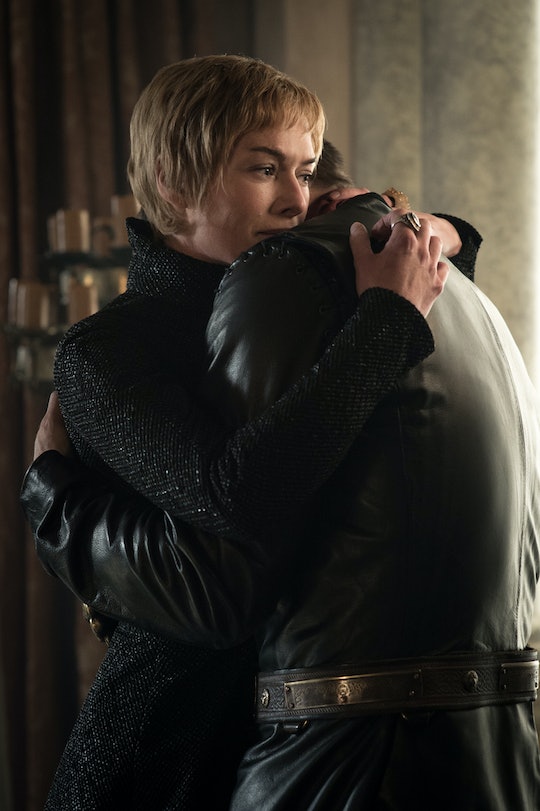 A lot of people have died on Game of Thrones, and while a few of those characters were villains and certainly deserved their fates, for the most part, the people who have died were the good guys. That's why many fans have been impatiently waiting for Cersei, quite possibly the greatest villain on the show, to meet her death. Right now, many fans are certain her end is near, but will Cersei really die on Game of Thrones? One can't help but hope so.

Back in Season 5, there was a flashback to a young Cercei and her friend visiting a witch, Maggy the Frog, who gave Cersei a prophecy that she would have three children, but they would all die. That prophecy has already come true, but if you read the books you know there was actually another part of that prophecy that wasn't included in the show.

However, now that Cersei is supposedly pregnant, fans wonder what that means for the prophecy. Cersei's only supposed to have three children, not four. While it's possible she's lying about the pregnancy, some have alternative theories. It has been suggested that Jaime will inadvertently kill Cersei, because he impregnanted her (again) and Cersei will die during childbirth, similar to how their mother died after giving birth to Tyrion — something Cersei has always hated Tyrion for.

Others suggest that Cersei will have a miscarriage, causing her to do something so terrible that Jaime will be forced to kill her. However, seeing as how Jaime didn't turn his back on Cersei after she blew up the Great Sept, which led to Tommen killing himself, I'm not sure what Cersei could do that would be worse than that.

Besides the baby possibly killing Cersei, there's still the very popular fan theory that Arya will get her revenge and kill Cersei herself. Some even suggest that Arya will kill Jaime first, take his face, and then kill Cersei while looking like him, therein still satisfying the valonqar theory.

No matter how Cersei meets her end, fans will certainly rejoice if and when it happens, though they may miss her ruthless style of vengeance.