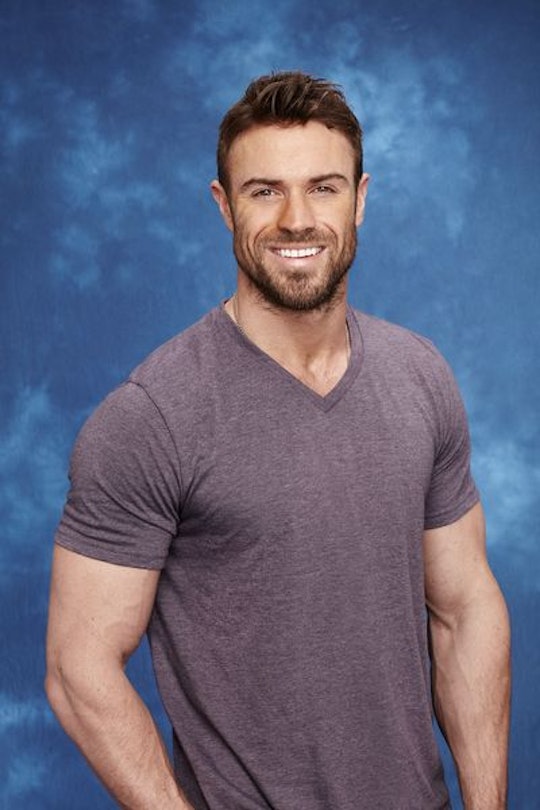 Will Chad From 'The Bachelorette' Get A Spinoff? The Possibilities Are Endless

Chad from The Bachelorette is the gift that keeps on giving – the gift you never asked for from a store that doesn't accept returns. Every time it looked like he might be gone for good, Chad would evade elimination or charge through the woods to trail his fingertips down a glass door like he was in a horror movie. He even landed himself a spot on Bachelor in Paradise. His cringe-to-lol ratio is ever-fluctuating, which makes Chad as painful to watch as he is amusing to talk about. Since Chad can't seem to get himself out of the public eye, it begs the question: will Chad get a spinoff?

Series creator Mike Fleiss made some fairly chilling references to Chad getting his own show on Twitter. While he was probably joking, you never quite know, especially with Chad. Audiences can't seem to get enough of him and he has a habit of showing up whether you want him there or not, so the odds of Chad getting his own show aren't as slim as they seem at first glance. But what kind of show, exactly? Chad doesn't quite have the right presence to be the next Bachelor, but that doesn't mean he couldn't headline some other type of show.

The most obvious course of action would be to follow post-Bachelorette Chad as he simply lives his life: selling fancy real estate, or perhaps doing pull-ups with various household objects strapped to his body. Chad is his own happy ending, but it might be better to play to his strengths, such as they are.

Fans know Chad is a real culinary connoisseur, so what better way to explore his life after The Bachelorette than with a cooking show? Chad can teach the masses the most effective way to blend a protein smoothie, or how to arrange lunch meats in an aesthetically pleasing manner. He can offer tips on sweet potato consumption that will forever change the way you look at yams. He could be the next Rachel Ray.

In case cooking doesn't prove to be his passion, there's always Chad's other favorite activity: working out. When Chad wasn't stuffing his face, he could be found homoerotically lifting weights with house pal Daniel and looking excessively veiny. Chad could easily host some kind of tough love exercise program. You wouldn't find me signing up for it, but he could make it happen.

Chad On the Road

Chad made some heavy promises about seeking out the other Bachelorette contestants after the show, so why not capture it on camera? It could be a twist on a travel show. Of course, Chad wouldn't be able to have a no-holds-barred throw-down with every guy, but they could work out their issues while Chad samples the local cuisine. Like No Reservations, except terrible.

One thing is for sure: fans are going to be seeing more of Chad one way or another.