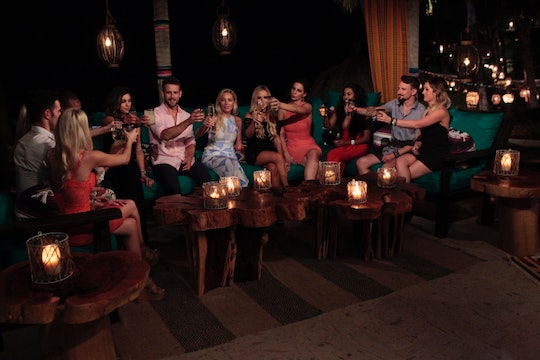 Will Chase Be On 'Bachelor In Paradise?' Maybe, But Don't Hold Your Breath

We're close to the end of JoJo Fletcher's season on The Bachelorette, and with only four guys left, it's looking more and more like she's about to choose Jordan Rodgers as the guy for her. This also means that the series popular spinoff Bachelor in Paradise, where rejected Bachelor and Bachelorette contestants go to see if they can find love among the leftovers. We already know that a few of JoJo's guys have found their way to the resort paradise in Mexico, including partners-in-narcissism Daniel and Chad. If he doesn't end up taking home the prize, er, girl in the end, could Chase be on Bachelor in Paradise? Maybe, but probably not.

With the August 2 premiere of the third season of Bachelor in Paradise fast approaching, the world is eager to get a glimpse of the fan favorites (and villains) who will be looking for love in Mexico. The cast was recently revealed, along with the first cast photo, though as People points out, this is not even the complete cast. Leah Block is not in the photo, and she has already been confirmed to be making an appearance. Presumably, this means that some other fan-favorites of the franchise will also be joining the 15 would-be lovers already confirmed.

Obviously because JoJo has not officially picked Jordan (even though we all know she's going to), or sent Chase home yet, there can be no official announcement that he will be going to paradise. Though as a series alum he's automatically in the running to be cast, there are no rumors swirling that he'll be there at all. Typically, the producers select contestants that have been fan-favorites or otherwise interesting characters such as Chad, who continues to be the car crash that nobody can look away from. Unfortunately, as the sleeper contestant this season, Chase seems to have made a lasting impression on JoJo and pretty much no one else. He's not aggressive or bizarre enough to make it on to the show like Chad or Lace, but he neither was he as endearing or beloved as Carly Waddell, for instance.

Furthermore, according to social media, it looks like Chase has already gone back to work, and is back to living the good life in Colorado. While I'd like to see Chase get another shot at love on television, in my heart of hearts I think he might have more luck out there in the real world.