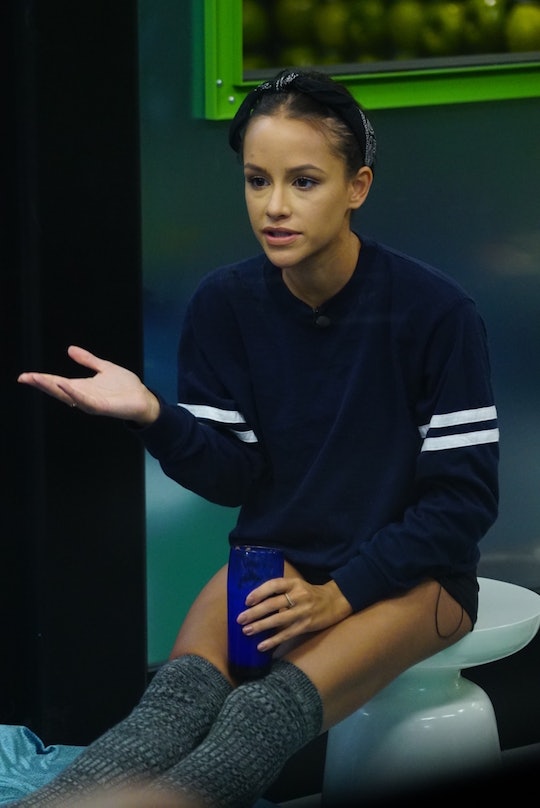 Cody & Jessica May Become A Real Couple After 'BB19'

Whether you love them or hate them, Cody and Jessica seem to be the real deal. These two quickly bonded in the Big Brother house, entering into a showmance that annoyed some fans right off the bat. However, their showmance came to an end when Cody was promptly voted out of the house, after making big moves the week before as Head of Household. Still, just because their showmance ended, doesn't mean this is the end of the line for Cody and Jessica as a romantic duo. So will Cody and Jessica date after Big Brother 19? It certainly seems likely.

After Cody was evicted, he paused to ask Jessica if she'd be his girlfriend and she said yes before he headed out of the house. When Julie asked him about it during his exit interview, he confirmed that he did want to be with Jessica outside of the house and that their relationship was real. Despite Cody's claims, fans are still skeptical about their relationship, especially since Jillian, who was evicted right before Cody, said Cody and Jessica's relationship is totally fake.

"They are not going to last," Jillian told Us Weekly. "It's one of those things where they just want attention. Not really Cody, just Jessica. She just wants to get famous... It's just a summer fling and I wouldn't be surprised if they break up before the end of the show."

Despite Jillian's doubts, there are some fans who are hoping Jessica and Cody last. Even better, there are those who hope Cody reenters the house and he and Jessica can rekindle their showmance.

After Cody was evicted, Julie revealed that there will possibly be a buyback that will allow either Cody, Jillian, Cameron, and whoever gets evicted this week to reenter the house. It looks like Dominique will be evicted on Thursday and most fans believe that pretty much guarantees Cody will reenter the house, though nothing is certain.

Plus, according to Julie, the buyback may not even happen. Julie said the houseguests will get to choose if someone will come back into the game, and honestly, unless they're being tricked into it, why would they want someone to come back into the house? The whole point of the game is to be the last houseguest standing. Bringing someone back makes it that much more difficult to win.

Even so, the possibility of a Cody and Jessica reunion is one fans can't help but be interested by. Will the spark still be there or has their chemistry already fizzled out in Cody's absence? Fans will just have to keep watching to find out.