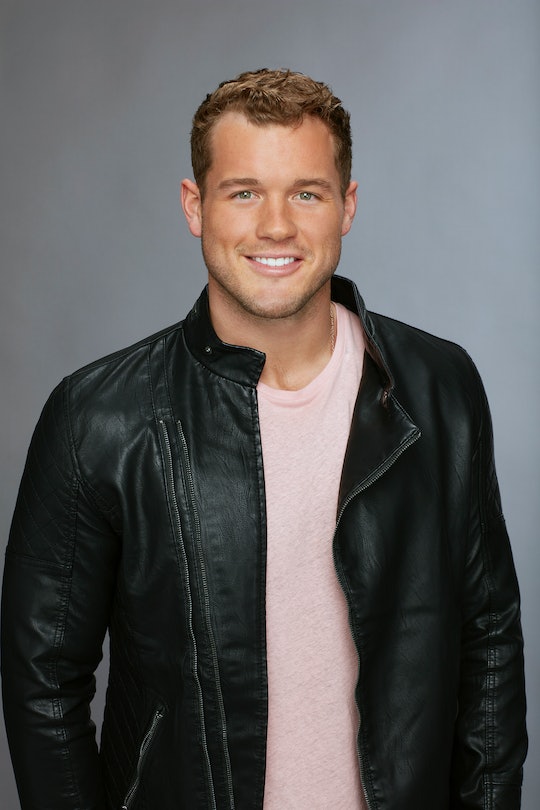 Colton Is Getting Ready For The Beach

On Monday's Bachelorette, Becca's final four became three when she sent Colton home after hometown dates. Considering he's a fan favorite (and seemingly a drama magnet), will Colton be on Bachelor in Paradise? He may have lost his chance at love with Becca, but there is at least one other Bachelor alum waiting for him.

Colton fans can rest easy, because Colton is definitely headed to Paradise. Shortly after his elimination was aired, the official Bachelorette Twitter account posted a video of the announcement. "Welcome to Paradise, Colton!" the caption read. While some people wanted Colton for Bachelor, this makes the most sense considering his history with the show.

Not only is Colton going to Paradise — Tia is, too. It was revealed earlier in the season that Colton and Tia had history together, so I'm expecting sparks to fly. While Becca didn't say precisely why she sent Colton home on the show, the reason seems pretty obvious (at least to me) by how the episode went. After the four hometown dates, Becca sat down with some of her besties and fellow former Bachelor contestants: Bekah, Kendall, Seinne, Caroline, and Tia. When she was describing her dates with Jason, Garrett, and Blake, everyone — including Tia — seemed so happy for her. Once she brought up Colton, however, Tia had to interject to say she needed to talk to Becca about him.

Now, Becca already knew about Colton and Tia's past. During the spa group date towards the beginning of the season, Tia showed up as one of Becca's friends getting pampered. As luck (or producer influence) would have it, Colton was on that date too. Colton took the opportunity to tell Becca that he and Tia spent a weekend together before Colton went on the show. When Becca confronted Tia about it, she said they just kissed and that it was over. While Becca was ready to send Colton home, she ultimately decided to keep him around.

Becca was, reasonably, pissed off about this whole mess. She said after Tia left, "I thought we put it to bed weeks ago. I thought it was done, so the fact that she does still have some feelings and isn’t on board with me being with Colton makes me frustrated." Becca continued, "It makes me angry. It hurts to hear. I don’t want to lose any friendship over a guy, but the last time I saw Colton it was a wonderful night with his family and he told me that he loves me."

Becca expressed that she didn't know what to do with this information but clearly by the end of the rose ceremony, her decision was clear. Colton was blindsided; he thought for sure he would make it to fantasy suites next week. He even took Chris Harrison aside before the ceremony to ask about his "expectations," given that Colton is a virgin and the fantasy suites have a reputation for being the first time the lead has sex with the final three contestants. So, yeah, Colton thought he had the rose in the bag.

Welp, Colton was wrong. He and Becca won't end up engaged but now he's headed to Mexico, baby! There have been rumblings about how he and Tia fare in Paradise, but I'm going to wait and see how their romance unfolds. Maybe they'll end up just like Tia's best friend, Raven Gates, and her maybe-fiancé Adam Gottschalk. Or maybe they'll break up like most of the Paradise pairings beforehand. Whatever the case, I'll certainly be watching.