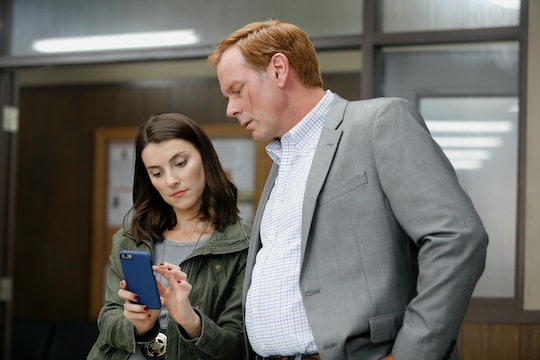 Connors Could Get Away With His Crimes On 'Cloak & Dagger'

In a perfect world, Detective Connors would pay for his crimes and serve actual time in prison for what he’s done on Cloak & Dagger. But even in the real world, it’s never as simple as that, especially when it comes to people of the law being punished for actual crimes. After he confessed to killing Tyrone’s brother, Connors should go to jail on Cloak & Dagger, but it probably isn’t going to be that easy. In some ways, it’s a tricky situation, even if the crimes are laid out as clear as day — and in Connors’ case, that’s exactly what happened. There’s video footage of his confession, but let’s not forget that Connors himself is a detective and has plenty of pull with the other officers. There’s a reason he not only got away with murdering Billy years ago, but also pushing drugs.

Connors is good at what he does, a.k.a. being a bad guy, so he had to have had some kind of plan just in case he was ever caught for any of his crimes. At the end of July 19’s episode, Fuchs told O’Reilly that the recording of Connors’ confession was officially in the evidence room. Then the two had what was probably their last romantic moment ever (R.I.P. Fuchs), all while Connors looked on silently.

He’s been a detective for years and has been doing whatever he wants for a long time, so he could have used his influence and probably whatever other cops are on the force to destroy the evidence. And since that’s really the only thing that would keep him imprisoned, I highly doubt that Connors will actually go to jail on Cloak & Dagger.

Tyrone's journey for the entire season was leading up to his showdown with Connors. He’s been on a mission to get justice for his brother’s murder and Connors clearly needs to go down. Unfortunately, I don't think it’s going to be as easy as taking him down in Episode 8 and just letting Tyrone to go back to life as a normal teenager. I do think that eventually Connors will go down, maybe in a season finale, but not yet.

Even if he didn't essentially have the law on his side, it’s never as easy as catching and imprisoning the bad guy. Who knows what kind of tricks Connors might be able to pull from his position of power on the police force. Maybe he'll find a way to destroy the evidence. Or maybe he'll just get kicked off the force instead.

This would, in turn, send him back out into the world to exact revenge on Tyrone and O’Reilly, leading to a potential final showdown as Season 1 comes to a close.

Right now, Connors is the big bad in Tyrone’s life and for his storyline on Cloak & Dagger. I don’t think that Tyrone will have nothing to do as a superhero once Connors is dead or locked away for good, but I don't see it happening just yet. In fact, in the promo for Episode 9, Connors seems like he’s at least out on bail and is already seeking revenge on those who were responsible for arresting him. Before his character is done for good, he’s likely going to cause a little more trouble, especially when it comes to Tyrone.