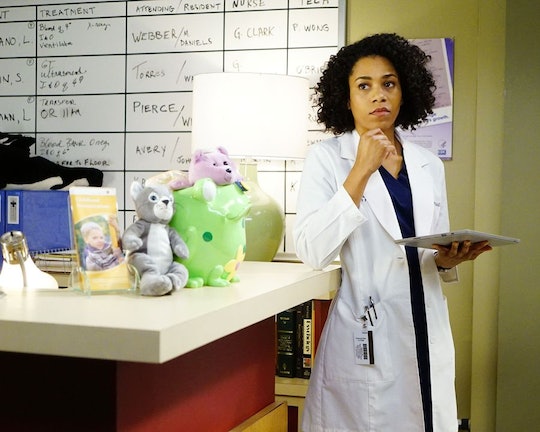 Will DeLuca & Maggie Last On 'Grey's Anatomy'? Their Relationship Is On The Rocks

A hot intern with an even hotter attendee is a love story all too familiar to Grey's Anatomy fans. Just as the famous MerDer couple started as just a hookup, so did DeLuca and Maggie on Grey's Anatomy. Now that they're out in the open — even Maggie's dad, Dr. Weber, knows about their relationship — one would think they're heading in the right direction. Unfortunately, that's not the case.

At the start of Thursday's episode, Maggie offers to pull DeLuca into an all night surgery she's doing with Alex and Meredith, but DeLuca refuses, knowing one of his fellow interns would have to be taken out for him to be put in. Still, despite resisting the temptation of jumping into a great surgery with his girlfriend, DeLuca still gets an earful from Cross, the intern we sometimes forget is there.

Maggie reminds him that he was the one who wanted their relationship to be public in the first place, but it's clear DeLuca is already regretting that decision. DeLuca tells Maggie he's going to stay at the hospital to study and Maggie leaves looking angry, but also defeated.

It's clear that DeLuca isn't sure what he wants anymore, and his indecision about what he wants from Maggie and their relationship could lead to him being another single intern sooner than he thinks. If he wants to be with Maggie, he's going to have to make this up to her before she decides she's better off without him.