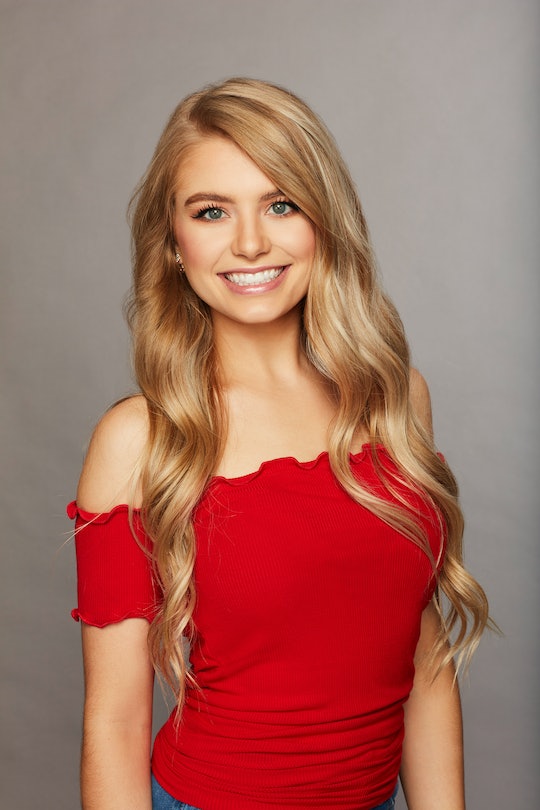 Some of the best Bachelor in Paradise contestants are the "villains." And Season 23 of The Bachelor has a few that fit the bill, such as 23-year-old spitfire from Texas, Demi. Thanks a bunch, ABC, because Demi's one villain you'll pull for. With Colton's heart on the line, Demi is an absolute scene-stealer with just the right amount of tenacity and confidence for the island life — you know, if this Bachelor thing fizzles out. If TV execs want ratings gold, I'd cast my vote for Demi to be on Bachelor in Paradise because there's more to this "bad gal" than meets the eye.

There's no official news as to who will be part of the next Paradise cast or if the show has officially been renewed for Season 6 at all. According to TVSeriesFinale.Com, ABC "will probably renew it or, at least create some other Bachelor-related series." Past Paradise seasons have typically filmed in June and aired in August of each year — after The Bachelor and Bachelorette have given their final roses, respectively — with the announcement of the cast sandwiched in between in July. If Demi will be one of the many Bachelor Nation alums looking for love on the sandy shores, it hasn't yet been announced. However, once Colton's season comes to a close, it's kind of Bachelor tradition to announce a couple names on the live post-season finale, After the Final Rose. With any luck, TV execs won't make you wait to hear if Demi will be among the chosen ones on Bachelor in Paradise. And honestly, they shouldn't. She brings the realest hype 24/7 and isn't afraid to say it. #Respect.

If you need a refresher on all things Demi, buckle up. Of all 23 seasons of Bachelor contestants, few have stood out the way this unapologetically bold, sassy, and determined contestant has. Demi has an ABC bio to match her constant mood saying, "she loves ATVing, fishing and watching WWE." As if that's not enough, she longs to be the "first petite Victoria's Secret Angel—with an entourage known as the Demi Angels." I said the girl is confident and confidence is a necessary trait in Paradise. You know, with all the relationship-swapping, heart-breaking, and general shenaniganizing. Plus, drama. Be honest — it's why you watch. Demi's no stranger to drama and probably doesn't care what you think of her, either. It's only been a week since the whole Courtney feud where Demi tried relentlessly to get Courtney to vie for her Colton time (and when she refused, Demi got herself more Colton time, because the meek don't inherit The Bachelor's earth). Regardless, Courtney made herself look foolish and somehow, in the most Demi-kind-of-way, all was well. She's not afraid to speak up or call out, and she never backs down. Some may call her a villain, others (me) say she's total Bachelor in Paradise material.

If all of this has you screaming about Demi's supposed villainous ways, you've forgotten about her softer side when she confided in Colton about her mother's federal imprisonment for embezzlement (she was released in November). She said her mom did "messed up things," but that she loved her no matter what. Colton was kind and reassuring, reminding Demi of how special she is. It was nice to see Demi open up about something so personal, giving that "villain" title a fresh new layer of complexity. In other words, are you listening, Bachelor in Paradise team?

There may be a wait for the whole Paradise lineup (or an official season renewal) to float out into the world. And maybe Demi will be part of the next cast. If not, I see another reality show, somewhere, somehow, in her future because there's too much awesome in such a compact being to pass up.