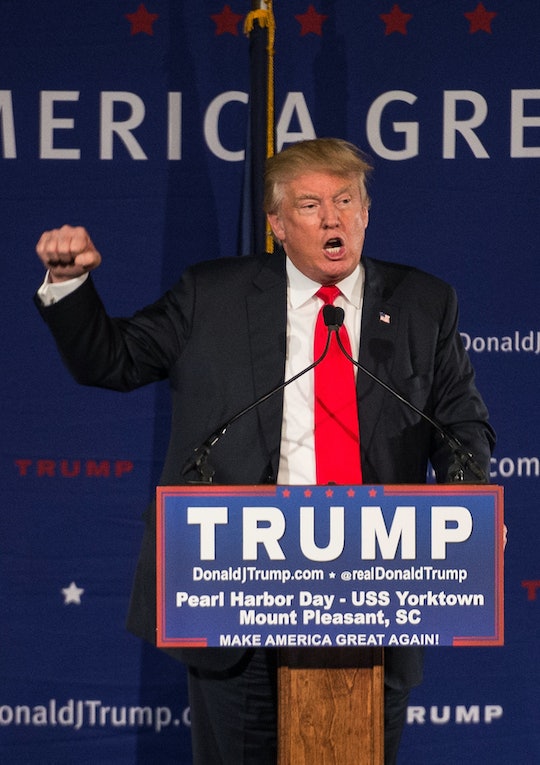 Will Donald Trump Be In The Next Debate?

Donald Trump has been the star (or distraction, depending on where you stand) of the Republican presidential primaries this cycle, but it’s still unclear if Trump will be in the next debate on Dec. 15th. According to CNN’s rules, which have been approved by RNC Chairman Reince Preibus, any candidate polling in the top ten will be allowed in the debates. The network said in a statement this past September that:

But it’s not about his poll numbers, which are still pretty high, despite his comments about blocking Muslims from entering the country. The thing is, Trump wants CNN to pay him to show up. Like a good businessman, Trump noted in early December that he brings in viewers, which means big ad money for any network hosting a debate. He told supporters at a rally in Georgia that he wanted $5 million to appear on the CNN debate and that he would donate the “speaking fee” to charity. CNN CEO Jeff Zucker was less than amused. Zucker said that the network doesn’t pay for any candidate to show up to a debate, even one as loud (or lucrative) as Donald Trump.

Zucker and Trump go way back, sort of. As NBC’s head of the entertainment division back in the early aughts, Zucker was responsible for greenlighting The Apprentice, the show that helped Trump become a household name and gave him a space to become the performer we all know today. The Los Angeles Times reported that Zucker doesn’t regret his role in making Trump a star:

I understood 'The Apprentice' was 'Survivor' in a different jungle and everybody was looking for their 'Survivor,'" he said. "I understood immediately what Donald Trump was and what it meant to have him at the center of that show. I have no regrets about 'The Apprentice.' It was absolutely the right decision and it turned out to be a phenomenal decision for NBC for a long time. So that was a good move. I have no regrets about the part that I played in his career.

Trump will have to show up for the debate if he wants to stay in the race. And given all of the controversy surrounding his recent positions about Muslims and national security, he may well want the opportunity to defend himself. Even if everyone is already tiring of his one-man show.