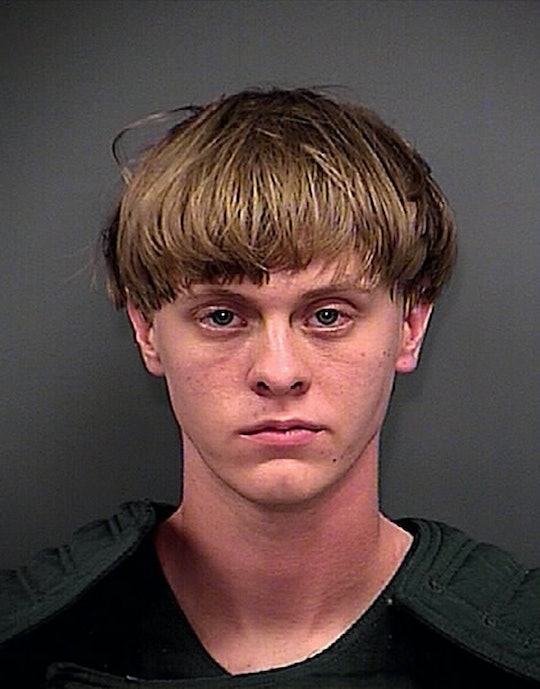 Will Dylann Roof Get The Death Penalty? Victims' Families Don't Support The Idea

Dylann Roof, the 22-year-old white man accused of killing nine black parishioners at a church in Charleston, South Carolina in June 2015, was deemed fit to stand trial by a federal judge on Friday. Roof will stand trial at both the state and federal level, with jury selection set to begin on Monday. The Justice Department and the state of South Carolina are both seeking the death penalty against Roof. Attorney General Loretta Lynch cited the "nature of the alleged crime and the resulting harm" as the reason the Justice Department would be seeking the death penalty in Roof's trial. There are many people, though, including some of the victims' family members, who don't support the idea of Roof receiving the death penalty.

There is no denying the horrifying nature of the crime and the resulting devastation it caused — however, there are those that believe dragging out two death row trials will only cause more harm than good. Roof and his defense team have offered to plead guilty in both trials in exchange for a life sentence without the possibility of parole. Roof's defense attorney's filed a legal challenge to the death penalty back in August, stating that they would drop the challenge if prosecutors dropped their pursuit of a death sentence in his trial. Prosecutors have refused Roof's offer, which would have completely averted two trials.

Roof will face trial for 33 different charges, including hate crimes, at the federal level and will face trial for nine counts of murder at the state level. If he is found guilty at either trial — there is an overwhelming amount of evidence that suggests that is exactly what will happen — then he will be sentenced to death. Roof's case has brought the debate concerning the ethics of capital punishment front and center. The Washington Post, The New Yorker, and The New York Times have published opinion pieces stating that the death penalty in Roof's trial is not morally correct. There is even an extensive amount of research that shows the existence of the death penalty in the American justice system does not do much to prevent violent crime. Trials with the death penalty also cost the tax payers more money than trials with life imprisonment as punishment.

Many are now asking the question that if a trial with the death penalty is more expensive and doesn't necessarily act as a deterrent for other criminals, then what purpose does it serve? Some might say the answer is justice and that a crime as heinous as Roof's alleged racially charged massacre warrants the death penalty. There are studies that show, however, that the death penalty adversely affects both the victims' families and the defendants' families. It may not help them attain healing and closure and a long, drawn out trial with heightened media attention may force them to constantly reopen old wounds.

The survivors and family members of victims of Roof's attack in the Mother Emanuel Church, in particular, have been vocal about opposing the death penalty. Just days after murdering their loved ones, the family members of the Charleston 9 appeared at Roof's bond hearing, stood in front of him, and told him they forgave him. According to The Washington Post, Nadine Collier, who lost her mother in the shooting, told Roof “I forgive you. You took something very precious from me. I will never talk to her again. I will never, ever hold her again. But I forgive you. And have mercy on your soul.”

As Roof's trial is set to begin, the victims' families continue to display outstanding amounts of grace in an extremely painful time. They want closure and justice, but they're not certain that will come with Roof's death.