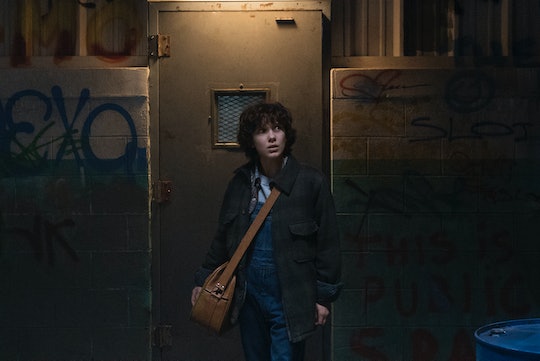 Warning: spoilers for Episode 7 ahead! At the start of the second season of Stranger Things, fans were introduced to a new character named Kali, who also had abilities like Eleven, though hers were slightly different. Rather than being able to move things with her mind, Kali is able to make people see things that aren't actually there. Although Eleven and Kali bonded when they met, Eleven decided to return to her friends who she knew needed her help. So will Eleven ever see Kali again on Stranger Things? Hopefully this isn't the last we've seen of this interesting new character.

When Eleven met her mother, Terry Ives, she used her psychic abilities to connect with her. Through this process, her mother showed her Kali, though Eleven didn't know who that was at the time. Thankfully, her aunt was able to supply some answers with a folder of newspaper clippings Terry had about other missing children. Using the newspaper clipping, Eleven was able to find Kali in Illinois.

Eleven tracked Kali down and the two grew close very quickly. Kali realized she could use Eleven's abilities to find the people who hurt them, but she first had Eleven practice using her powers on a truck to make her stronger. Shortly afterward, Eleven was able to locate one of the men who had hurt her mother, and while some of the people on Kali's team weren't totally for the idea, they decided to seek him out to get their revenge.

Once there, Eleven and Kali revealed to the man who they really were and reminded him of what he'd done to them. But just as they were about to kill him, he claimed that he knew where Dr. Martin Brenner is. (Yes, that same Dr. Brenner who we all assumed was dead.) Understandably, Eleven immediately dismissed this guy's remark since she too believed he hadn't survived. But just as she was about to finish this man off, she noticed a photo of him with children. She didn't want to leave someone parentless since she knows all too well what that feels like.

It was shortly after this exchange that Eleven decided to use her powers once again to check in on Hopper and Mike, who were about to be attacked by the baby Demogorgons. She knew right then and there that she needed to return to Hawkins to save the people she loves.

Even though the two sisters have parted ways, for now, there are plenty of reasons for them to be reunited again at some point in the future. For one, Dr. Brenner could still be alive, hiding out somewhere, and although Eleven may have the power to take him out on her own, it'd be nice to have the help of someone who knows what she's been through. Secondly, Eleven's mother sent Eleven after Kali for a reason and I doubt it was just to have a brief visit with one another. Lastly, Kali is the only other kid we've met with abilities besides Eleven, and she most likely won't be the last. Perhaps Eleven and Kali will team up in the future to find the other kids like them.

In any case, I hope we see Kali again. Her methods may not have always been the best, but she clearly cares about Eleven. Not to mention, Eleven could really use someone who knows what it's like to have a power no one else understands.