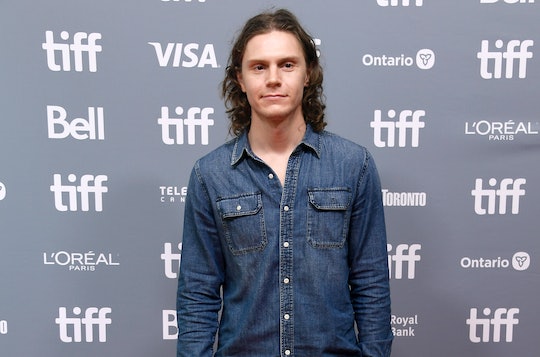 It's hard to imagine American Horror Story without Evan Peters; he has appeared in every season so far, playing characters that range from comedic punchlines to the worst of the worst. But things are about to change in Season 9, which premieres on FX on Sept. 18. Evan Peters will not be on AHS: 1984, making it the first time he's ever skipped a season.

And there's a good reason for that. After playing a series of increasingly violent cult leaders in the aptly titled Cult (as well as the complicated Stan Bowes on Pose), Peters spoke to GQ about the emotional toll it had taken on him. It was difficult for him to play such intense characters, many of whom were outright villains. "It's hurting my soul and Evan as a person," Peters said. "There's this massive amount of rage that's been called upon from me, and the emotional stuff that's been called on me for Pose has been heartbreaking, and I'm sick. I don't feel good."

Peters went on to say that it was "exhausting" and "really mentally draining" to have to go to those dark psychological places over and over again. "You don't want to go to those places ever in your life," he said. "And so you have to go there for the scenes, and it ends up integrating it somehow into your life." He fought hard to combat that, but it seems like he reached a point where playing those types of characters was simply too much.

AHS had demanded a lot of him in recent years when it came to darker characters. While speaking to GQ, Peters outright said that he wasn't going to play roles like that anymore because it wasn't who he was. In fact, Cult was so taxing on Peters that series creator Ryan Murphy specifically sought to give him a break in Apocalypse, according to Deadline. His two characters in that season were much lighter and more humorous — a hairdresser and a Satan worshipper with a bowl cut.

It's understandable why Peters would need a break after years of playing killers, cultists, murder victims, and Satanists. Even though his characters in Apocalypse erred on the side of comedy, they still had to undergo some dark experiences. But Peters' absence from the show might not be forever. While appearing at WonderCon, he was asked about Season 9 and only said, "I'm going to sit a season out."

Peters didn't say that he was leaving the show entirely, only that he wasn't taking part in the upcoming ninth season. That leaves a window open for his return in future seasons, should he decide to come back. Peters may eventually choose to move on to other projects since AHS is so tough on him emotionally, but right now that's still up in the air. He won't be attending Camp Redwood with the rest of the cast in AHS: 1984, but that hiatus is well-deserved. And if it ends up lasting longer than expected, that may be the right decision for Peters, too.