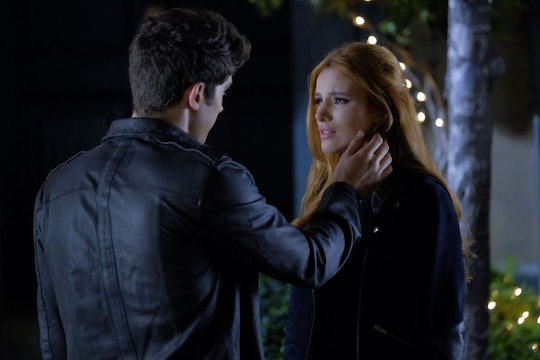 The full first season of Famous In Love became available the same day the series premiered, so it's not surprising fans have already binge watched the whole 10-episode season. But despite the fact that there's multiple ways to see the full first season, some people may not be able to watch them that way and are now wondering will Famous in Love be on Netflix? Unfortunately, it seems unlikely.

Famous in Love is the second Freeform original series to have it's full first season become available on the same day of it's series premiere. The first was the sci-fi drama Beyond, and just like Famous In Love, it's available to stream on Freeform.com, the Freeform app, On Demand, and on Hulu. However, even though Beyond has been out for a while and even got renewed for a second season, it hasn't been made available on Netflix, which makes it seem likely that Famous in Love won't be either.

Although other Freeform shows have made their way to Netflix, both Beyond and Famous In Love are the firsts to be distributed this way and it definitely looks like the network is slowly transitioning away from using Netflix as much as it used to. Even Shadowhunters, which airs week to week, isn't available for streaming on Netflix, so it's possible Famous In Love with never appear on the platform — not anytime soon at least.

Additionally, the fact that Beyond and Famous In Love became available on Hulu seems to indicate that Freeform and the streaming service already have a deal in place. It's rare for shows to be made available on multiple streaming sites. So if a show is on one already, it may not necessarily end up on the other. It's also indicative of Freeform's attempt at becoming it's own streaming site. Past seasons of all their shows and ABC Family classics can now be found on the streaming site. Shows like Wildfire, which aired on ABC Family for four seasons, are no longer on Netflix but can be found on Freeform.com.

Of course, these deals and agreements can always change, so nothing is completely set in stone. But if you're hoping to watch Famous In Love (which you totally should) sometime in the very near future, Netflix (for once) isn't able to be your go-to for this particular series. But hey, never say never, I guess.