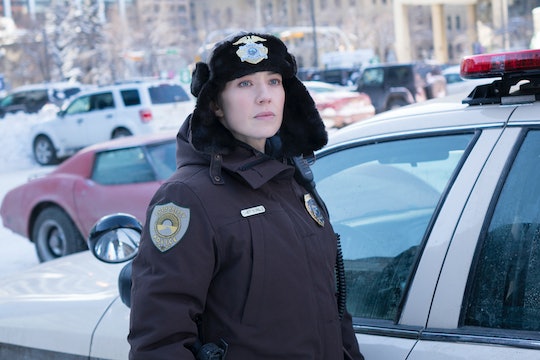 'Fargo' May Be Coming To A Permanent End On FX

Fargo is wrapping up its third season this month, and although it's one of FX's most meticulously crafted dramas, the anthologized miniseries has struggled to live up to its breakout first season. The Martin Freeman and Billy Bob Thornton-starring first installment swept up three Emmy wins, including the one for Best Miniseries, along with 15 other nominations. The followup second season only took home statuettes for cinematography and sound editing. The third season was similarly slow, so fans are wondering: will Fargo return for Season 4?

Given the extremely narrow conceit of the show — riffs on the plot of Joel and Ethan Coen's 1996 film of the same name, told in different eras — it seems like that first season was the beginning and end of the series' brilliance. Showrunner Noah Hawley was upfront about the limitations of the show's storytelling capabilities on a panel at the ATX Television Festival in Austin. According to Entertainment Weekly, he stated:

Hawley has found success elsewhere on the network with his critically-acclaimed sophomore series Legion, based on the Marvel character. With his focus on that, it seems like a natural end to Fargo may be upon us. FX CEO John Landgraf echoed sentiments that the series may be ready to wrap after Season 3 in an interview with The Hollywood Reporter. He said:

There may never be another Fargo. Unless Noah has an idea for Fargo that he thinks he can make as good as the prior three. I think once people get to the end of this [season] they will find that it is thematically different. It's really about the moment we live in now.

FX is the master of the anthologized miniseries TV format right now, thanks largely to the work of Ryan Murphy. But there just doesn't seem to be enough fertile ground left to explore with Fargo. Thankfully, everyone behind-the-scenes seems to agree, so the show doesn't have to drag on to an undignified death.

You can catch the finale of what may be the final season of Fargo Wednesday, June 21 on FX.