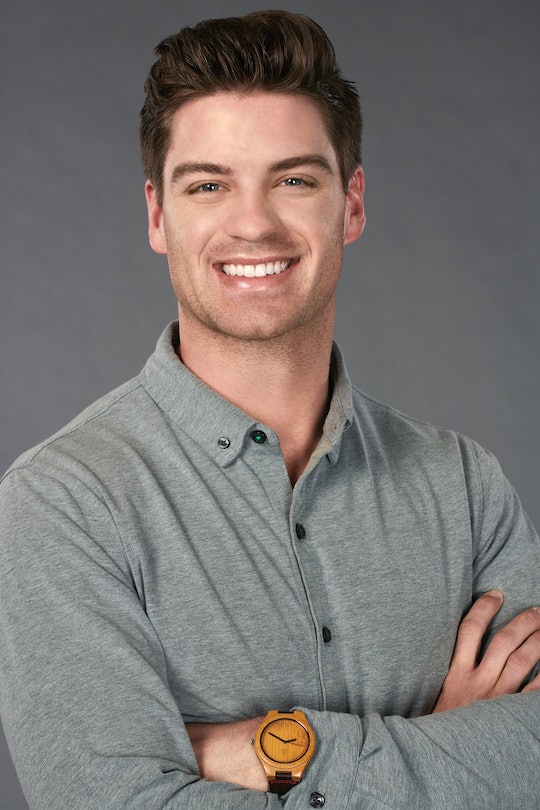 After The Luke P. Drama I'm Not Sure Garrett Gets The Hometown Date

Hometown dates are when the final four Bachelorette contestants get the chance to show the lead how she'd fit into their world, should they become a permanent part of it. Usually, friends and family have a lot of questions for the potential suitor, so the four men she chooses have to be serious considerations if she's to go through all of that. Following a contentious couple of episodes, will Garrett get a hometown date on The Bachelorette or is his time nearing its end?

Let me first state that these are my opinions and are in no way spoilers for the remainder of Hannah's season. I did a little research but what I'm about to say is mostly based on what has already happened on the show. That said, you're free to read why I don't think Garrett will land a hometown date with the former Miss Alabama USA. I know — that's probably not what you want to hear, but there have been enough clues that give me enough confidence to say he may not make it past the next episode with a rose.

First of all, I'd be remiss not to mention the beef between Garrett and Luke P. since it made Hannah think she no longer wanted to do the show. It's been at the center of house conversations over the last couple episodes. Garrett may have admitted he's "ready to take the next step" with Hannah while they were in Scotland, but when things went down in Latvia, they didn't exactly paint Garrett in the best light. He may be a fellow Southerner from Birmingham, Alabama, but some things don't fly with "Hannah Beast," and I'd feel the same way.

Garrett began this journey soft spoken, determined to stay out of any drama, but over the weeks has become a central part of it. First it was telling Cam he "didn't appreciate" all the butting into dates. Sure, that was a long time coming. But later, he's the one who, after Luke S. sent himself home, spoke to Hannah about Luke P.'s shenanigans. He was even the one who said the biggest line of the season: "Be a man and keep our names out of your mouth."

All of these things may not point directly at Garrett going home before hometown dates, but if you examine his Instagram page, you'll find more evidence that backs me up. Of all the Bachelorette photos he shared to his page, there's only one of him and Hannah — a still frame from initial introductions. All other Bachelorette-related pictures are of him and the other guys. Actually, there are eight photos of him and the other contestants. Clearly, the golf pro made friends for life, but I don't think he and Hannah found the forever kind of love the show is aiming for.

Maybe I'm wrong — maybe Garrett will snag a hometown date with Hannah, and maybe it'll be glorious. Their hometowns are only about an hour apart so it'd make sense logistically. My gut tells me her four choices won't include Garrett, but will likely end with Luke P., Tyler C., Peter, and Jed. They're the four she seems to have the strongest connections with, for better or worse, and the four that have had the most screen time (also for better or worse). That leads me to believe, while Garrett seems like a cool dude, Hannah probably won't meet his parents.