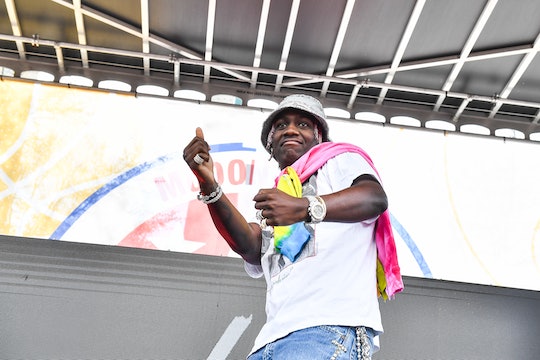 After waiting nearly two decades, How High fans finally got a sequel to their favorite movie. The film premiered on MTV on Apr. 20, and has been available to watch on cable and through MTV’s website and app. But in this modern era of streaming TV, viewers are hoping to add the film to their Netflix watchlist. Many networks send their content to the streamer, but will How High 2 be on Netflix?

As of now, there is no indication that the film will make it to Netflix, at least not in the near future. The streamer barely has any MTV content on their catalog at the moment, so unless they strike a deal with the network at some point, you likely won’t find films like How High 2 through their service. But luckily, you can still stream the stoner flick with a cable provider login and password through VH1’s Live website when it airs on Saturday, May 4 at 10 p.m. ET and Sunday, May 5 at 8 p.m. ET. You can also watch it through the MTV app, which is available to download on Android, iOS, Roku, Apple TV, XBOX, Nvidia Shield, and most other streaming devices.

How High 2 turned out to be a big hit for MTV, so it’s likely that the network will continue to air repeats on VH1 well into the summer. According to Deadline, the movie gave the network its highest-rated Saturday in six years, and by drawing in a 0.64 rating and 801,000 viewers during the premiere, the film ended up outperforming its time period average by 133 percent. Deadline also reported that How High 2 was the most talked about non-sports program on the weekend of its debut, making it one of the biggest TV events for MTV this year.

While the original stoner comedy, How High, didn’t get much critical acclaim when it first released in 2001, the film eventually turned into a cult classic and became a part of modern pop culture. The movie — which starred Method Man and Redman — is about two stoners who smoke magic weed while they try to get into Harvard.

But the sequel follows two completely new characters — Calvin (D.C. Young Fly) and Roger (Lil Yachty) — a pair of stoner buddies who find a “Weed Bible” in their basement wall, and use it harvest a magical marijuana plant that gives them the best weed they’ve ever smoked. When someone steals their beloved weed plant, they do whatever it takes to get it back. The film also features Real Housewives of Atlanta star Nene Leakes, stand-up comedian Deray Davis, and actor Mike Epps, who is reprising his role of Baby Powder from the original movie. Brooklyn Nine-Nine and 24 actress Mary Lynn Rajskub joins the cast alongside newcomer, Alicia Goss.

So, unfortunately, you won’t be able to stream How High 2 on Netflix, or even Hulu or Amazon Prime for that matter. However, you still have time to catch it on VH1 or through MTV’s streaming app in the weeks to come.