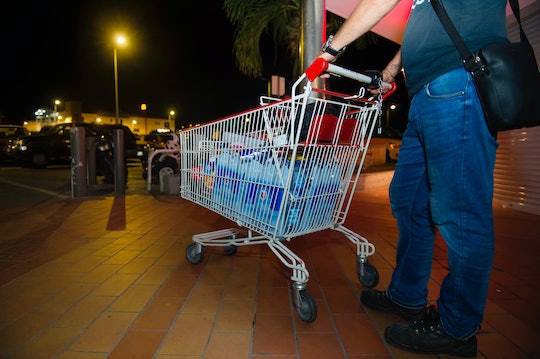 Could Louisiana Get Hit By Hurricane Irma?

As Hurricane Irma makes its way through the Atlantic and up towards the U.S., states that fall in the storm's projected path have been jumping into action to prepare for the worst and minimize potential damage. At the moment, meteorologists are predicting that the Category 5 hurricane will hit Florida and Puerto Rico, but the public is wondering where it will head after that. Will Hurricane Irma hit Louisiana?

At the moment, fortunately, it doesn't seem like Irma will make its way up to Louisiana — but experts are warning residents to keep a close eye on any updates. According to The Times-Picayune, the storm is currently on track to affect several Caribbean islands, as well as parts of Puerto Rico and southern Florida, over the next week, but it currently doesn't look like it will head in Louisiana's direction.

Still, local governors are preparing just in case Irma makes it through Florida and travels west to Louisiana. After all, Louisiana was hit by Hurricane Harvey just last week, and if a second storm did make it to Louisiana, the recent heavy rainfall in the region could complicate the state's emergency response to the storm.

With that in mind, Gov. John Bel Edwards had local emergency personnel and state agencies draw out a back-up plan last week, getting them to organize actions that would not rely on Texan assistance (which Louisiana has relied on in the past during emergencies) and that would take existing damage from Harvey into account.

"With Hurricane Harvey behind us, our attention is focusing on the next possible threat," Edwards told BayouBuzz. "This is a real possibility and it will help us prepare for potential problems from Hurricane Irma or any storm that follows."

After all, the state is one that remembers well the devastation wreaked by Hurricane Katrina in New Orleans a decade ago. "Hurricanes Katrina and Rita hit the Louisiana coast within weeks of each other in 2005," James Waskom, director of the Governor’s Office of Homeland Security and Emergency Preparedness, told BayouBuzz. "Louisiana has faced this type of test in the past."

Clearly, Louisiana officials are erring on the side of caution when it comes to preparing for Irma. Hopefully, the hurricane's trajectory will continue to exclude Louisiana, but residents should definitely remain alert and follow the storm's path as it develops. If it starts to look like Irma will blaze through Florida, Louisiana residents should definitely prepare for the storm.