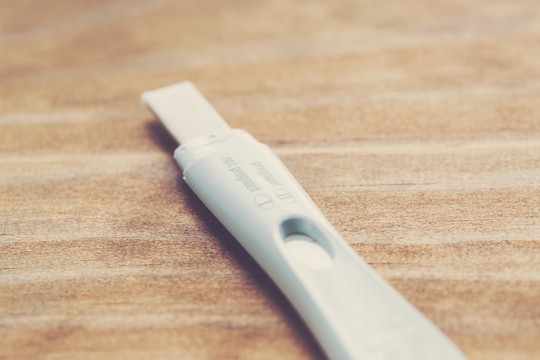 Will I Get Pregnant If I'm Ovulating? It Depends

As a woman who has been trying to conceive, I'm fairly confident in saying almost every woman hoping to get pregnant Googles the same set of questions. If I drink alcohol can I get pregnant? How do I know if I'm ovulating? And , of course, the subsequent follow-up question: will I get pregnant if I'm ovulating? We all Google about a million other realistic and ridiculous questions about pregnancy and ovulation when hoping to one day find a bun in our ovens, essentially attempting to cobble together an understanding of how one goes about getting pregnant, exactly. Because trust me when I say, it's not as easy as it sounds.

Well, according to WebMD, you won't necessarily get pregnant if you're ovulating. Of course, you have to have intercourse while you're ovulating in order to have a shot of getting pregnant at all. (If you're trying the old fashioned "sex with the end-goal of procreating" route, as there are other ways to get pregnant these days, thanks to science.) That's the basic rule of thumb.

So, while ovulating and having intercourse are the two main components to getting pregnant, pairing those two together doesn't necessarily guarantee you'll get pregnant, either. Because it's impossible to predict the exact moment that you'll ovulate, and that the egg will be available for fertilization, What To Expect reports it is possible that the egg and the sperm will miss each other and you will begin your period without a fertilized egg, even though you had unprotected sex while ovulating.

In addition, there is a chance that the sperm your partner is ejaculating isn't able to make it to the egg at all. If you believe you have been having intercourse while you are ovulating and still haven't been able to get pregnant, it might be time you both head to your doctor for some fertility testing. Parents reports that sperm need to be healthy, and have the ability to swim forward (or up, as the case may be), in order to find the egg and fertilize it.

If your partner has a low sperm count, that means there just aren't that many sperm in the equation actively attempting to fertilize the egg. If your partner has low motility, this means that the sperm are having trouble swimming straight or that they are swimming too slowly to meet the egg close enough to the cervix to fertilize. Finally, your partner might have sperm that aren't shaped in the streamlined tadpole shape that is essential to swimming quickly to the egg, and this is called poor morphology.

In the absence of fertility testing, Parents says there are a few things your partner can do in order to increase his sperm count, motility and morphology, and most of these are considered lifestyle adjustments. First things first, quitting smoking and limiting alcohol to just two drinks a day will improve the quality of your sperm. Limiting caffeine to three, six-ounce cups of coffee a day can also help improve sperm quality, as does wearing boxers instead of briefs (or even boxer briefs). Limiting time in hot tubs or saunas will also help improve sperm quality, because if a man's body temperature is too high, it can mess with sperm quality.

Finally, Healthline reports that regular exercise and a good multivitamin, like one that is designed to support fertility, can help increase sperm quality enough that having sex during ovulation will be enough to result in pregnancy.