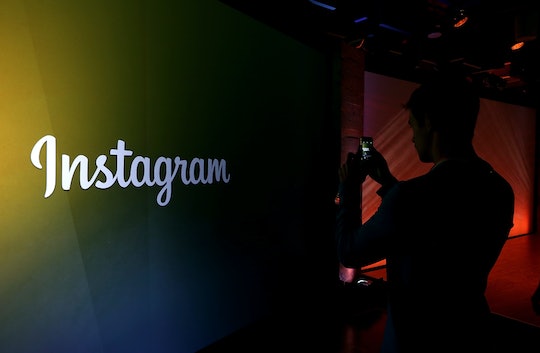 A few weeks back, Apple announced the new "Animoji" feature for the iPhone X. Animjoi are animated versions of emoji, which are, generally, those little smilies and animals and such that can be found on iPhones, among other places. Since Animoji are now a thing, people are wondering whether social media platforms — which many people log onto with smartphones that could use new 3D emoji — will embrace animated emoji as well. Will Instagram launch 3D emoji, for example? Snapchat now has 3D Bitmoji, so it's not totally unreasonable to question whether other popular apps and social media services will follow suit and offer their own versions of 3D emoji in the near future as well.

When Apple announced several new products and features on Sept. 12, other companies scrambled to remain relevant in the wake of the exciting news coming out of Apple's annual event. When Animoji were announced at this year's event, Instagram responded by announcing the launch of a new face filter feature that would offer more options for animating selfies, according to Mobile World Live. The company stated that users would be able to share these new filters and animated selfies through its Stories service or through Instagram Direct, that outlet reported.

But that's not exactly the same thing as 3D emoji, is it? So, does Instagram have any plans to launch 3D emoji, especially since Animoji are likely to be pretty popular?

Another popular app, Snapchat, recently added 3D Bitmoji for users to enjoy. Bitmoji are essentially personalized emoji that you can set up to look like you, according to Business Insider.

In 2016, Snapchat acquired Bitstrips, the maker of Bitmoji, in a deal valued "in the ballpark" of $100 million, according to Fortune. So it makes sense that, since the company invested so much into adding Bitmoji to its app, Snapchat would want to keep Bitmoji updated with popular tech developments in an effort to keep up with Apple.

On Snapchat, Bitmoji can now be three dimensional and animated, and they can be added into any of your snaps. Animoji, on the other hand, are “custom animated messages that use your voice and reflect your facial expressions," that allow users to create moving versions of their favorite emojis. These Animoji will be available in iMessage, according to Business Insider. So the features appear and can be used slightly differently, but both Apple and Snapchat are moving in the direction of 3D animated emoji images.

The question now is, will Instagram do the same thing?

Currently, the latest news out of Instagram has nothing to do with 3D emoji. Instead, on Tuesday, the company launched some new tools to fight back against online harassment. These tools include the ability to restrict who is allowed to comment on your photos, which will definitely limit the presence of trolls in many comment sections. Also, Instagram expanded its offensive comment filter to four additional languages — Arabic, French, German, and Portuguese, according to The Verge.

In addition, Instagram also has a new feature that is supposed to better protect those streaming live video, according to Forbes. With the feature, users can anonymously report to Instagram if they're watching a live video and suspect someone may need help or support, and Instagram will offer to connect the person to trained staff and offer support information. That sort of feature may not be as popular as 3D emoji, but in a time when teenagers have been using live streams to broadcast their suicides, it may sadly be necessary.

Right now, 3D emoji doesn't seem to be a thing Instagram is focused on. That doesn't mean the app won't launch it in the future, or that it's not something that the company is working on behind the scenes. But for now, if you want three dimensional versions of emoji, Animoji or Bitmoji may be your best bet.