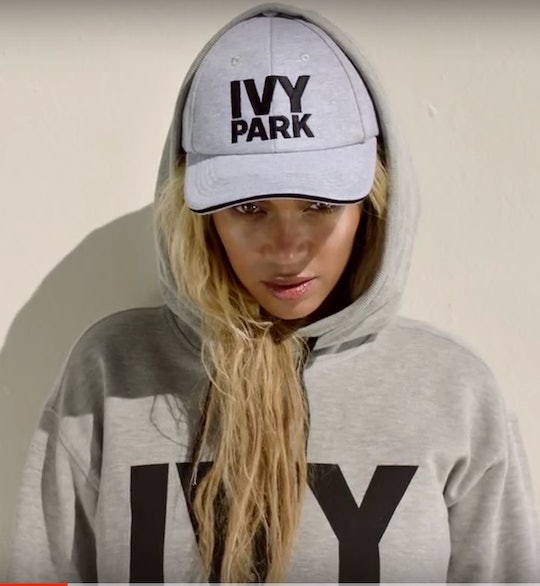 Will Ivy Park Have A Kids' Line? It's A Definite Possibilty

Sometimes it seems like Beyoncé is the only person who can actually make a girl want to go to the gym. I know I'd like to get strong and agile enough to dance like that (maybe one day... ). Now, she's about to make channeling your inner Queen while hitting the treadmill or sweating through another spin class a whole lot easier with the upcoming debut of her new activewear line, Ivy Park. Fans have been freaking out about this almost as much as we've been obsessively speculating about when the superstar will release her next album (and rumored mini-movie!!). But amid all the Bey-centric fervor that's been blowing up our timelines and headlining in our dreams recently, some are wondering whether the Queen might bequeath some of the fierceness onto children all across the land as well. Will Ivy Park have a kids' line?

Based on some clues Beyoncé herself has dropped for us, it seems like a definite possibility. First, the name of the line — which will be available at Topshop.com, Nordstrom.com, and Zalando.com April 14 — is a twofold shoutout: to the park where she ran with her father as a young girl and learned to push herself to keep going, as well as to her 4-year-old daughter, Blue Ivy Carter.

"There are things I'm still afraid of," Beyoncé says in the promotional video for the line. "When I have to conquer those things, I still go back to that park ... When it was time for me to give birth, I went back to that park."

And back to the park she does return, literally, in the two-minute video, a montage of shots of Beyoncé looking as sexy and strong as ever. This time, though, she's toting little Blue on her back. And what does Blue have on? A pair of pint-sized Ivy Park pants, an Ivy Park t-shirt, and an Ivy Park headband to match her mom's.

Because Blue Ivy is arguably one of the luckiest little girls alive, it wouldn't be altogether surprising if she turns out to be the only toddler sporting Beyoncé sportswear. But Beyoncé does have a way of surprising us.

In between gearing up for her Formation tour, making political statements as only she can, and luring us all back to kickboxing class with her new fitness line, Beyoncé has managed to make her name synonymous with suspense. As long as she keeps making music and wowing the world, I'm OK with that.