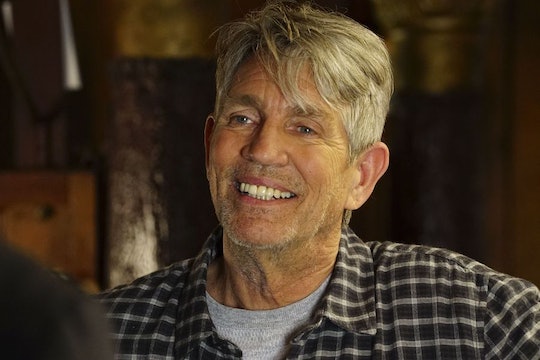 The latest episode of Grey's Anatomy introduced a new Avery. Jackson finally met his father, Robert Avery (played by Eric Roberts), and he was not what Jackson was expecting. Robert no longer works as a doctor, but instead owns a pub in Montana and is hoping to start a coffee company as well someday. Overall, the father-son reunion wasn't terrible, but it wasn't exactly heartwarming either. Still, fans are wondering if Jackson's dad will return to Grey's Anatomy. At this point, it seems highly unlikely.

It took three tries before Jackson was able to say what he needed to say to his father, but once he did, he had a lot to get off his chest. Jackson told Robert that he was a father now and that, unlike Robert, he knew how to be one. Jackson also said that while he was happy that Robert was happy, he couldn't accept the fact that Robert never once tried to reach out to Jackson or be a part of his life. Jackson then told him that he'd never visit Robert again and wished him the best. So it's clear Jackson said all he needed to say and is no longer looking for closure with his father. But that doesn't totally rule out a reappearance from this new character down the line.

While Jackson may feel like he found the closure he needed, Robert may not feel the same. In fact, he may go to Seattle and attempt to have a relationship with his son, whether Jackson wants that or not. Robert seemed disappointed with Jackson's dismissal and now that he's seen Jackson in person, he may want to give the whole dad thing another chance. Still, this doesn't seem very likely.

Other than the fact that Robert's appearance in Seattle would cause some drama, especially since Catherine and Richard are currently on the outs, there's really no other purpose for Robert on the show. Unless he's going to be a practicing doctor again and work in the hospital, there's no reason for him to stick around in Seattle other than to try and form a relationship with his son. That storyline could only go on for so long and the way this episode ended felt like a good conclusion to it already.

If Robert does come back, it'll definitely be a surprise, especially since the actor who plays him, Roberts, keeps a pretty packed schedule as it is. The actor's resume is pretty extensive and he most likely doesn't have time for a recurring role on Grey's. So alas, this is probably the last fans will see of Robert, but it was nice to meet him nonetheless.