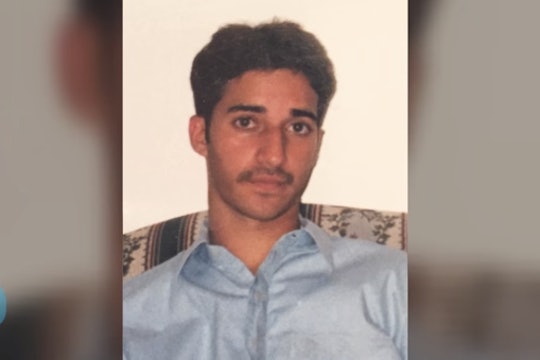 Will Jay Wilds Testify In The New Trial For Adnan Syed? Nothing's Confirmed Yet

Adnan Syed was granted another trial last week, bringing everything Serial back to the surface. The new trial was granted mainly because Syed's attorneys idn't cross examine the cell tower experts the first time around. And if you remember anything about Serial, it was all about the tedious cell phone calls that afternoon pinging around. But there's also a chance that Jay Wilds will testify at Adnan's new trial. Romper reached out to legal representation for Wilds but did not get an immediate response. Wilds famously testified at Syed's first trial but then changed his story a bit in a recent interview with The Intercept after Serial had reexamined the case and trial.

Wilds is, excuse the pun, a wild card in Syed's case and it's very likely that even investigating the cell phone records won't help Syed. Because Adnan still doesn't have an alibi for that afternoon and with Wilds changing his tune all the time, it doesn't look good. According to The Intercept, Adnan and Wilds weren't really friends friends before the alleged murder. But Wilds did say that Adnan had told him that he wanted to hurt Hae Min Lee, his girlfriend at the time, for dating another man. Wilds said, "I didn’t think he was going to go kill her." But was still OK with picking Adnan up at the Best Buy and peeking in the trunk to see the dead body.

From there, Wilds helped Adnan bury Min Lee later that night, around midnight. When aske why his story was changing, Wilds said that he was worried about getting in trouble himself.

I wasn’t openly willing to cooperate with the police. It wasn’t until they made it clear they weren’t interested in my ‘procurement’ of pot that I began to open up any. And then I would only give them information pertaining to my interaction with someone or where I was. They had to chase me around before they could corner me to talk to me, and there came a point where I was just sick of talking to them.

But Jay's frustration with the cops and lack of attention to details matters. There is also a lot of speculation among Serial listeners about Wilds' role in the murder and why he keeps telling different versions of the same story. There are lots of reasons for witnesses and suspects to tire out during a long round of questioning — it doesn't mean someone is guilty just because they knowingly or unknowingly change their testimony. But if Wilds is asked to take the stand this time around, let's hope he doesn't change it yet again. Because my head might explode.