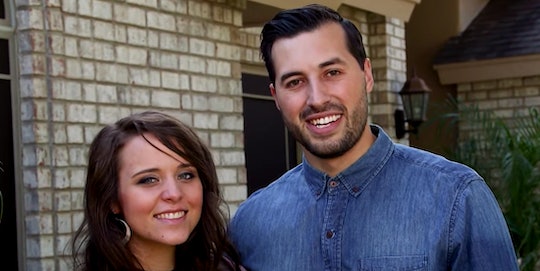 Jeremy Vuolo Will Be A Father Soon, So Will He Take Any Time Off Work After Jinger Gives Birth?

After welcoming a child to the family, it's customary for new parents to take time away from their careers to recover physically and to bond with their newest addition. Although the length of time off will vary — largely because there is still no guaranteed, paid parental leave in the United States — it also depends on the type of job the parents have. Unfortunately, there are plenty of fathers who don't technically get any time off after their babies are born. Maybe they'll get a day or two of "sick days," just until their partners and children are out of the hospital and at home. But then it's right back to the grind. The heightened uncertainty of paternity leave in the United States may have some Counting On fans wondering whether Jeremy Vuolo take paternity leave after his wife, Jinger Duggar, gives birth. After all, the pastor will be a first-time father in just a few weeks.

If you tend to lose track of which Duggar is which, don't worry; I've got your back. Jinger is Jim Bob and Michelle Duggar's sixth-eldest child and after a whirlwind courtship and engagement, Jinger and Jeremy exchanged vows back in November 2016, as People reported. Currently, they live in Laredo, Texas, where Jeremy — who is a former professional soccer player — now serves as a pastor at Grace Community Church in Laredo.

And you guessed it: They're expecting their first child anytime now.

It's difficult to say, for sure, if Jeremy plans on taking an official paternity leave after the birth of his first child. Although many people might think of a pastor's job being only on Sundays, there's actually a bit more that goes into the gig — depending on the church, of course — according to Charisma News. There are marriages, baptisms, funerals, other church events, in addition to serving as a counselor, preparing for sermons, and that's all on top of the actual delivering of this Sunday morning message.

Based on how dedicated both Jinger and Jeremy are to their Christian faith — and how important it is in their everyday lives — I have a feeling Jeremy won't be taking extended time off once he becomes a father. Of course, this is only speculation, as neither Jeremy nor Jinger have specifically addressed the topic. (Perhaps we'll find out more details about Jinger and Jeremy's baby plans when Counting On returns to TLC later this summer?)

Jeremy and Jinger revealed they were expecting their first child in January via a TLC video announcement and a blog post on their website, as Us Weekly reported. "The past fourteen months have been the best of our lives as we have had the wonderful privilege of beginning our journey through life together in marriage," the Vuolos wrote. "We both looked forward to the joys of marriage but neither one of us fully understood just how amazing the start of this journey would be." They continued:

Truly, the Lord’s mercies are new every morning! Now, the journey has taken an exciting turn: we are expecting our first child! We are praising God for this beautiful gift and ask that you join us in praying for a safe and healthy pregnancy.

Jinger and Jeremy announced in April that they would be having a baby girl, as E! News reported. "We are so happy to announce that we are having a BABY GIRL!" the expectant couple revealed on their website. "We could not be more excited and are eagerly anticipating meeting our little lady this Summer."

Thanks to Jinger's periodic bump photos next to a chalkboard, fans are well-aware that the countdown is on. The soon-to-be mom's latest bump update was on June 6, when she marked 34 weeks of pregnancy — which means Jinger should be coming up on the 37 week-mark in just a couple of days. So barring an extra-overdue baby, the Vuolos will be parents sometime in July.

Whatever Jeremy and Jinger ultimately decide on, as far as paternity leave is concerned, I wish them the best as they begin this next phase of their life together. They're in for a wild ride, that's for sure. And I'm sure Jeremy will cherish every moment he has away from work with his baby girl.