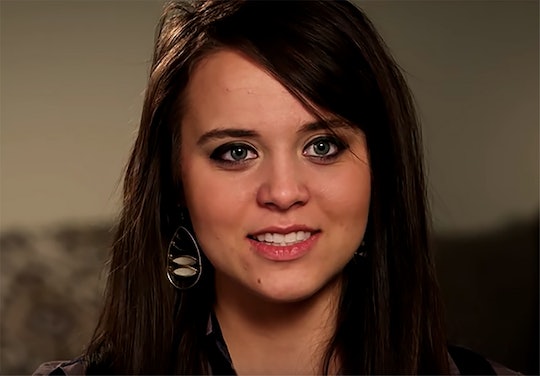 Out of all the Duggar weddings, Josiah Duggar's upcoming nuptials to Lauren Swanson might be the most confusing. For starters, fans have no idea when the special day will take place, and a bunch of potential dates have surfaced on the internet. From a recent rumor suggesting the wedding was pushed to New Year's Eve 2018 to bogus wedding registries, it's difficult to say exactly when Duggar and Swanson will trade vows. Making matters even more complicated is that Jinger Duggar is nearing the end of her pregnancy. Given how far along the Counting On star is, it's reasonable for fans to wonder whether Jinger Duggar will attend Josiah Duggar's wedding. Although there's a good chance Josiah and Swanson will host the wedding after Jinger gives birth, a new photo of the couple celebrating their wedding shower suggests the event could happen any day now. If this is the case, it's possible Jinger might sit this Duggar wedding out.

A downside to being a public figure is that your private moments aren't often private. Swanson and Josiah probably know this reality all too well, especially after someone leaked pics of their recent wedding shower to a fan blog. While the photos hit the internet over the weekend, Radar Online reported that the party was held on Friday — the same day Joseph Duggar and Kendra Caldwell welcomed their first son, Garrett. Sheesh, the Duggars have been busy this summer.

As for the leaked pics from the event, one snap shows Josiah and Swanson cutting a mini wedding cake, while another photo depicts a banner that reads: "Soon to be Mr. and Mrs. Duggar," according to Reddit. All in all, it looks like the shower was a fun event.

But here's where things get interesting. Most Counting On aficionados already know that the Duggars don't waste any time between their wedding shower and the actual wedding. While many families host wedding showers months in advance, the Duggars tend to lump everything together for logistical reasons. Think about it: if a typical Duggar wedding boasts about 1,000 guests, planning events and coordinating different schedules can get tricky. So, the Duggars typically plan wedding events within the span of a few weeks in an effort to ensure every guest can celebrate the bride and groom. And if you buy the theory that it's tradition for a Duggar to host their wedding shower and wedding back to back, then there's a good chance Swanson and Josiah will say "I Do" before July.

The only flaw with this plan is that Jinger is due to give birth within a matter of weeks, and there's always the possibility that she could deliver early. Not to mention, Caldwell's expected due date was June 17. Is it actually possible that Swanson and Josiah scheduled their wedding to conflict with their family members' due dates? Probably not, but either way, fans are confused.

"Are the showers a week or so before the wedding?" one fan asked in response to the wedding shower news, according to Facebook. "Did they plan a wedding on kendras due date?"

"June 30th sounds about right now definitely because Kendra was due on Sunday so they probably figured she'd have the baby before then," another commenter said about the rumored wedding date of June 30. "I wonder if Jinger is driving up since she can't fly ..."

"Maybe in Duggar style Jinger will get a private plane ride since they don't care about those kind of safety rules the commercial airlines have to follow," one fan sarcastically said in response to the theory that Jinger might fly to wedding from her home in Laredo, Texas.

If the wedding does happen within the next three weeks, it's completely possible that Jinger will make the 12-hour drive to Tontitown, Arkansas, from Laredo. On the other hand, I wouldn't fault Jinger for skipping the wedding so she can rest at home until her due date. I can't imagine a heavily pregnant person would jump at the chance to take a long road trip, wedding or not.

Another possibility is that Jinger is already in Tontitown. This theory makes sense to me because I suspect Jinger wants to give birth in familiar place that's close to her sisters. The Duggar women typically assist one another with their home deliveries, after all.

That all being said, I bet there's a 50-50 chance Jinger will attend Josiah and Swanson's wedding if it's in June. All fans can do now is wait.