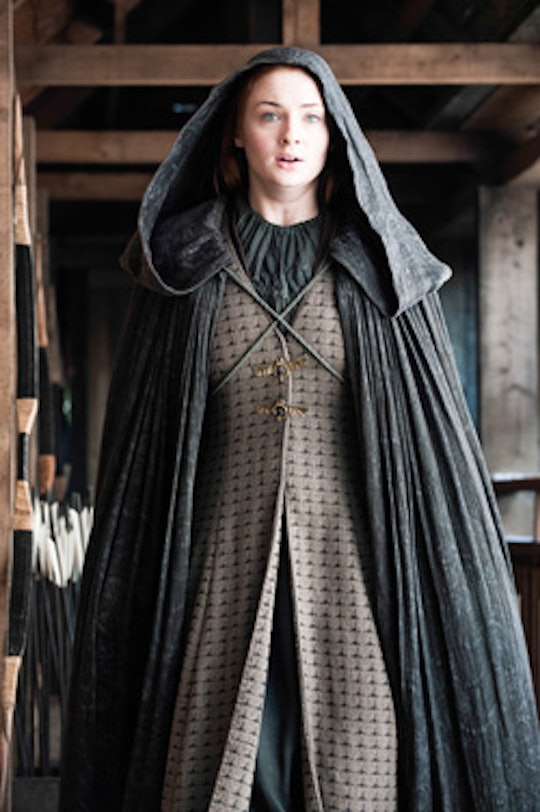 Will Jon & Sansa Reunite On 'Game Of Thrones'? It's Possible

In what was probably the best moment ever on Game of Thrones, Jon Snow was brought back to life and the internet is already bursting at the seems with their Jon Snow love. So now that his resurrection is out of the way, what does it mean for Winterfell? And for that matter, will Sansa and Jon reunite now on Game of Thrones? Since Sansa and company are currently headed toward The Wall, all signs point to yes, of course. Hasn't five seasons been long enough to keep the tragic Stark family apart? Then again, how long will Jon even be staying at the Wall once he gains his footing?

We have to remember, the men at the Wall, his former men, and the supposedly moral Night's Watch, are the very men who killed him in the first place. How long can Jon Snow stick around at Castle Black before freaking Olly tries something again? Then again, where Jon Snow would head is a whole other wonder in itself. Obviously it would be ideal for him to return home to Winterfell, but we all know that his childhood home is now taken over by the lovable Ramsay Bolton and his damned dogs.

But Jon Snow waking up from death and returning with purpose allows for the popular Battle of the Bastards theory to come into play. Although it hasn't yet happened in the books, it is widely believed that season 6 of Game of Thrones will birth the Battle of the Bastards, which entails Jon Snow and Ramsay Bolton fighting for control of the north.

But how long does it take them to reconnect, and how long do they stay that way, with Ramsay so close to his second favorite pet (we all know Reek is his number one bae)? That's still up for debate. But Sansa and Jon Snow are all too important to the Stark name and story line to keep them apart for much longer, especially now that they're finally so close to the same place at the same time. And with an enemy in common, they've got even more reason to want to reunite and stick together.