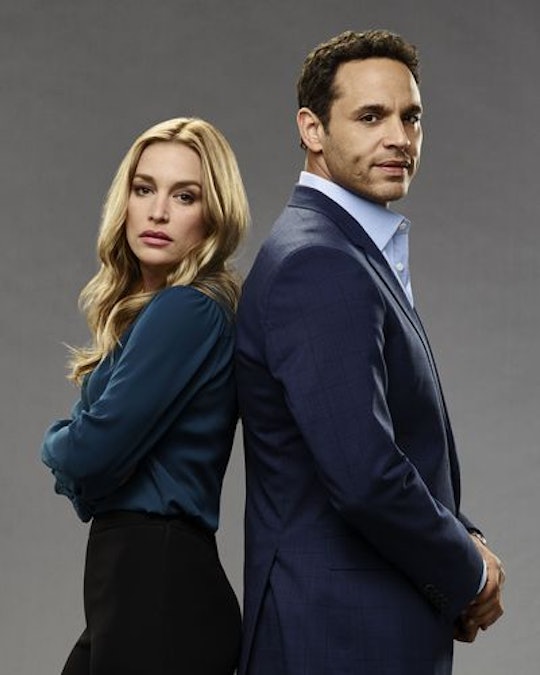 Will Julia & Jake Hook Up On 'Notorious'? The Show Seems To Be Heading That Way

During the pilot episode of Notorious both Julia and Jake lost their love interests. In one full swoop, Julia discovered her politician boyfriend was actually hiring hookers for his own personal pleasure while Jake hooked up with his married ex-girlfriend only for her to be murdered by the end of the episode. Clearly Julia and Jake aren't all that great with relationships. Maybe they should just try to be in one with each other but will they? Julia and Jake hooking up on Notorious wouldn't be all that surprising but could these two actually have a relationship on the show or would one night of passion between them suffice?

Although both Julia and Jake are single right now neither of them have made a move, with each other or anyone else. At this point in time they're both too focused on their jobs to think about their personal lives. Therefore for the two of them the only potential love interests are each other and the other people they work with, which is a typical set up for any drama.

For Julia and Jake they have this working relationship and friendship that's based on a fragile trust that so far hasn't been broken. Julia even told Jake about the sketchy photos she received and that she knew about his affair with his ex, Sarah. These two don't keep secrets from each other unless they absolutely have to and trust is the foundation of every good relationship. It's something neither Julia or Jake had in their first relationships on the show. Plus, many great relationships have started as just friends; just look at Monica and Chandler.

From the pilot Jake was making playful jokes about how Julia could do better than her boyfriend at the time and although Julia didn't say it she seemed more than just surprised that Jake slept with Sarah. She may have even been a little hurt. The fact that the writers have yet to bring in new love interests for either Jake or Julia seems a bit telling and makes it look like these two are definitely heading down a romantic road. However, for the sake of the show, I hope the writers don't take this route too soon. It would be too predictable and though Jake and Julia would definitely make an interesting couple that would probably add even more drama to the show it's always more fun to watch a relationship develop over time.

If Julia and Jake are just thrown into a relationship within the first season then what will the writers do next? Julia and Jake can't just have a happily ever after so then we'd enter the cycle of break-ups, love triangles, and then things will get messy. Remember how much we all loved Olivia and Fitz until their relationship became the major plot line of Scandal? Give us more than just relationship drama. Make Julia and Jake work for it. Let it be a slow burn like Booth and Bones on Bones. Otherwise, what's the fun in that?