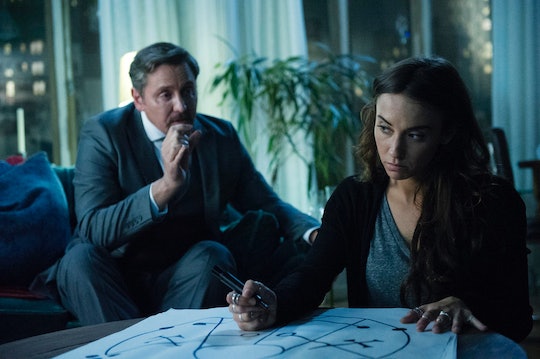 Don't Mess With 'The Magicians' Julia & The Beast

The Beast may not be the greatest person in the world, but he's definitely better than Reynard. Martin became the Beast due to the terrible suffering he endured as a child. And while that's still no excuse for his behavior, it does at least make him somewhat of a sympathetic character. Reynard, on the other hand, seems to be just pure evil. As if it wasn't enough that he raped Julia and killed nearly everyone in her group, but now he's gone on to attack other hedge witches as well. So will Julia and the Beast kill Reynard on The Magicians? Clearly, he needs to be stopped and now that Marina is on their side, they may have everything they need to finally finish the task.

At first, Marina was none too thrilled at the idea of serving as the bait that would help lure Reynard to him. As the Beast was quick to point out, Julia couldn't do it herself. He's aware of her scent and would know at once it was a trap. They needed someone powerful and whom he would be unable to resist, so of course that made Marina the ideal candidate. Initially, she refused to help, but once she saw other hedge witches die by Reynard's hand, she realized she didn't have any other choice. She could either take action now or wait for Reynard to track her down himself.

The episode ended before Julia and the Beast could actually put the process in motion, but it's clear that their trap for Reynard is on the horizon. But given Julia's string of bad luck, I'm nervous to think how this plan could end up going wrong. I mean, sure the Beast is powerful, but is he really strong enough to be able to stop a god? That part remains unclear, but the fact that it's now three against one makes the whole thing slightly more reassuring.

Marina and Julia are also very skilled magicians, so their added powers are sure to help the cause. Reynard the fox is a trickster though, so he may see them coming from a mile away, despite the Beast's extra precautions. Either way, I doubt Reynard will go down without a fight. Let's just hope they have what it takes to bring him down for good.