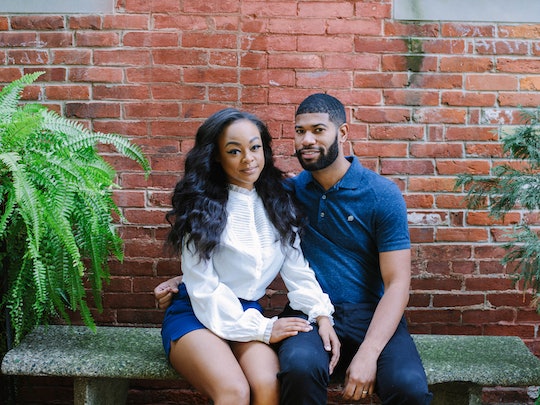 Kristine and Keith's relationship got off to a promising start on Season 8 of Married at First Sight. However, as the honeymoon period wears off and they start to figure out how they fit together as a couple, some potential issues have arisen. But will Keith and Kristine break up on Married at First Sight?

That question is impossible to answer ahead of Decision Day, unfortunately. Still, it's natural to wonder if every couple will make it in the end, especially after watching this exclusive clip of Keith and Kristine's upcoming meeting with Pastor Calvin Roberson. They raise some serious concerns about the future of their partnership without knowing the solutions right away, which seems to concern Pastor Calvin quite a bit.

It's still early in Keith and Kristine's marriage. "Honey, I'm Home?" will be the first time they deal with living together, so it makes sense that some difficulties would be coming up now. If Keith and Kristine tackle the problems raised in this clip right away, perhaps they will decide to stay together in the finale. But that's something that will continue to unfold every Tuesday on Lifetime, when Married at First Sight airs. Right now, there are definitely some things the newlyweds need to talk about.

Pastor Calvin gets right to the point as soon as the clip begins. He asks if Kristine is okay with the fact that Keith doesn't make as much money as she does. She's a residential real estate agent, while Keith is patient care technician who specializes in kidney dialysis. Kristine brushes over the issue by saying that she's just going to "take over" when it comes to finances, which prompts Pastor Calvin to ask if Keith is comfortable with that.

Keith disputes Kristine's plan to take over and says that he's willing to do so as soon as someone "[gives him] the ball." Kristine's expression is tough to read in the moment, but she gives viewers some insight into what she's thinking with a confessional. She is bothered by the fact that Keith makes less money than she does, though she appreciates that he's still in school and has ambitions. That is what's most important to her.

Back in the session, Kristine raises some practical concerns. "I think that it will be an issue," she says of their finances. "It'll come up when our bills actually come up, like when we figure out what the breakdown is, what we'll need. And figure out how he can make up in other ways."

That leads Pastor Calvin to raise questions about how they perceive gender roles in their relationship. Keith declares that he is more traditional and would like Kristine to handle the cooking, especially since he can't cook and also doesn't cook. He's used to being taken care of by his grandmother.

The conversation makes Pastor Calvin notice a disparity in their relationship that might become more of a burden in the future. "What I'm seeing is that Kristine is doing the cooking, she's taking care of the finances," he says. "She's pretty much doing all of the heavy lifting. I know she feels as though she's good with that for now, but that cannot be sustained." He felt that Kristine would crack under the pressure of having to do everything herself, with little to no help from Keith.

Keith and Kristine only have six weeks left until they make their final decision. And Pastor Calvin seemed apprehensive about that. He announced that there was trouble down the road that they couldn't even see. It sounds like he might think a breakup is a possibility (though he doesn't say as much), but perhaps addressing this roadblock will help Keith and Kristine overcome it before it can trip them up.