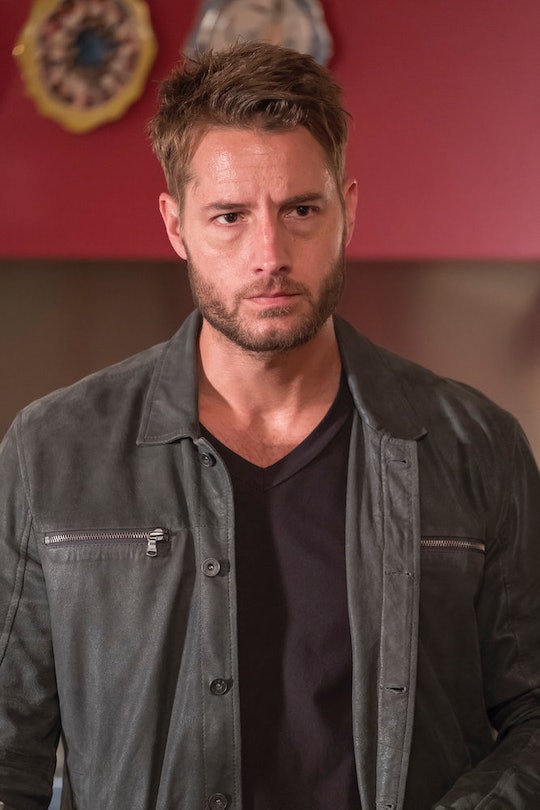 Kevin's Actions May Have Serious Consequences On 'This Is Us'

For a few episodes now, Kevin has been on a very self-destructive streak and at the end of the This Is Us Season 2 fall finale, everything came to a head for him when he was pulled over for drinking and driving. It’s a serious offense and one that will undoubtedly show Kevin the error of his ways, even if not at first. But will Kevin go to jail on This Is Us? Even if he isn’t sentenced to real jail time, it’s become painfully clear that he needs some kind of help, whether it be alcoholics anonymous, rehab, or a combination of both.

Due to his extensive drinking and painkiller use, Kevin has been fighting an addiction since his injury on the set of the Ron Howard film and I’d say that getting pulled over for a DUI was rock bottom for him. Everything in the Kevin-centric episode "Number One" foreshadowed where he would be by the end of the three special episodes, although it could have been a lot worse than getting pulled over. I know I can’t be the only one who totally freaked out when a clearly drunk Kevin was speeding in and out of traffic with just a few minutes left of the episode.

Thankfully, he didn’t crash the car or hurt anyone, but there was definitely damage done and not just to his record. As a stow away in his backseat, Tess was witness to all of this and as she cried in the backseat of his car while he was arrested, she saw everything.

While we certainly saw him down a glass or two of vodka and orange juice (light on the juice, mind you) before leaving Randall’s house, there’s no telling what else Kevin may have been on during his joyride when he left. He said he’d come straight from their hometown, but he may have stopped somewhere to find something stronger. Not only that, but he looked worse than viewers have ever seen him. Taking that into consideration, there’s a good chance that he’ll be facing jail time. If this was, say, his first drunk driving offense and he didn’t have a child in the car, then he might be able to get off with paying a hefty fine, along with some mandatory rehab, but factoring Tess into the whole thing could make it more complicated.

According to the DUI laws in New Jersey, which where Randall lives, when it comes to first time offenders, the driver can receive up to 30 days of jail time and a fine of $250-$500. For a second DUI in New Jersey, drivers face up to 90 days in jail, along with a fine of $500-$1,000. And if the driver is facing a third DUI offense, they’re looking at up to 180 days in jail, with a $1,000 fine. But Kevin’s DUI also comes with the crime of driving while intoxicated with a child in the car.

According to the New Jersey law for that, in addition to the penalties that come with getting a DUI, the offender could face misdemeanor charges that entail more punishment on top of that. The official charge is a disorderly persons offense, which could give the driver up to six months in jail and a fine of up to $1,000 on top of the offenses they already have due to the DUI.

As far as This Is Us goes, I can't see Kevin ending up behind bars for a year or even a few months, because this isn’t a prison drama. But since his offenses are pretty serious, Kevin will likely be facing a situation of either choosing jail time or going to rehab. And since he’ll probably take the latter, hopefully this means that Kevin is finally going to be getting the help he so desperately needs.