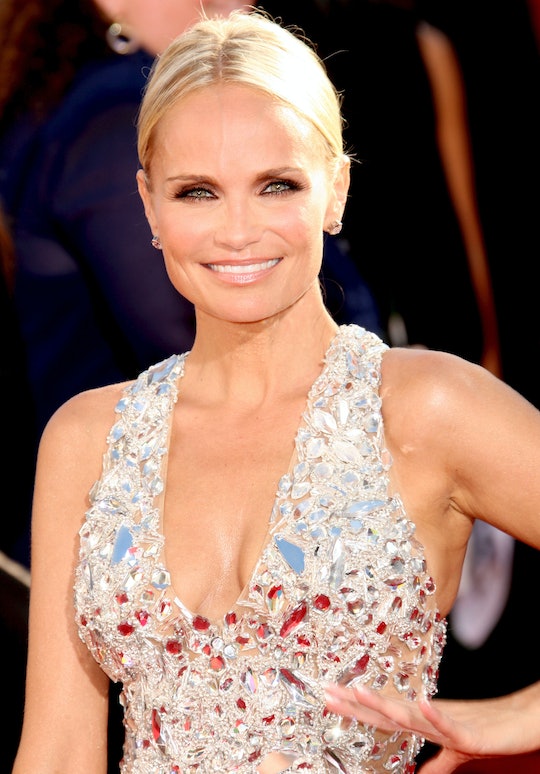 It should be a scientific fact by now that Kristen Chenoweth's mere speaking voice brings joy to anyone who hears it. If you know anything about the drama surrounding the Starz original series American Gods, you know that the Season 2 set needed an infusion of the joy Chenoweth and her character Easter brought to the screen. So, fans are eager to know if Chenoweth will be on Season 2 of American Gods.

Sadly, the answer is a resounding no, and Chenoweth was very direct about the reason why in October 2018 when she spoke to TV Line at a press event. The actress didn't want to return to American Gods because her friend (and former boss on ABC's Pushing Daisies) Bryan Fuller left.

As reported by Variety in November 2017, American Gods' co-showrunners Fuller and Michael Green left the Starz series after disputing with the show's producer FremantleMedia about "budget and creative direction."

Chenoweth told TV Line that she did consider coming back to the show, but ultimately trusted her instincts. “I couldn’t come back without [Fuller],” Chenoweth said. “It wouldn’t be right.” She is very close to the writer, so her decision should come as no surprise. But in the spirit of her former character Glinda in the Broadway production of Wicked, Chenoweth only had good things to say about the people on the other side of the dispute. “Let me just say this: Those people are also my family. It came out of [American Gods author Neil] Gaiman’s brain, who is a genius.” Actress Gillian Anderson also announced that she would not return to her role as the god Media after the showrunner change was confirmed.

It may soothe Starz's pain (and yours) to know that Chenoweth is simply not focused on TV projects at the moment. Though she did appear on ten episodes of the cancelled NBC comedy Trial & Error, she recently told On Tap Magazine that she is currently putting all of her energy into music.

Chenoweth is performing at Strathmore April 8 and has a new album coming out in May. She told On Tap she's excited about the focus of the album "It’s really going to be a celebration of women. It’s important for me to recognize singer-songwriters like Chely Wright – who is a giant in the country music industry – and there’s an original song I wrote with her that I am excited to play for people."

But don't worry, Chenoweth didn't quit the small screen cold turkey. “Currently, I’m in development season and there are three ideas I have that three different writers have put a treatment to. I’ve fallen in love with all of them, so I do believe I will be doing something new on television soon.

She's very careful with the roles she picks and has no interest in doing anything that's not completely unique. "I’m always going to choose and do something a little offbeat. That’s who I am," she told On Tap.

I love the woman that she is, even though I'll miss Easter on American Gods this season. You can watch Season 2 on Starz starting Mar. 10 and listen for new music from Chenoweth in May.