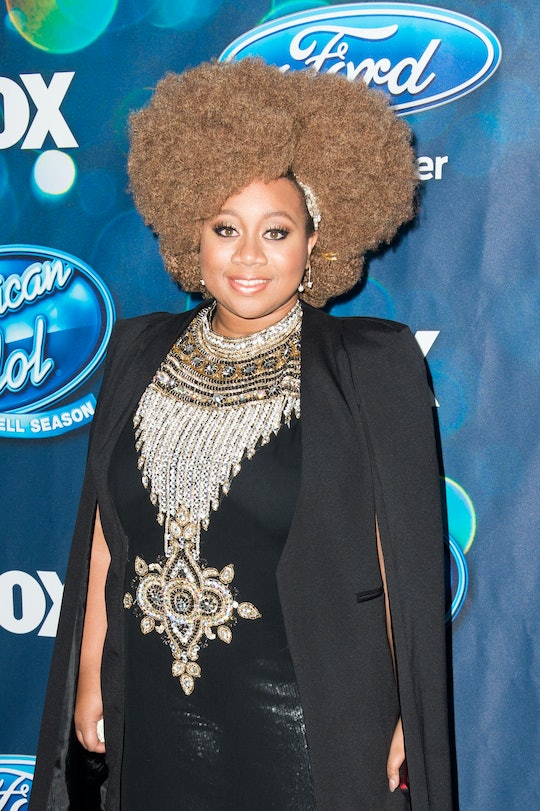 Will La'Porsha Renae Win 'American Idol'? It's Going To Be Close

I, personally, am rooting for La'Porsha Renae to win American Idol. I think, out of all the contestants, that she is the most consistent performer who takes a song, makes it her own, and entertains throughout the entire time on stage. Not to say that others don't do this, I just think La'Porsha does it best. But, I'm well aware that my vote isn't the deciding vote on the show. There needs to be a lot of people that feel this way to make La'Porsha the winner of American Idol's final season. But, can she actually do win the show? Or is this a passion project of mine that will never happen?

I'll be a fan of La'Porsha until the very end, and I think others will, too. But, I worry that there's a tide turning for the very popular contestant. La'Porsha is a star — there's no doubt about it — but she might be a star that burned too brightly, too quickly. From some of her early performances, like "Diamonds," to her more recent performances, like "No More Drama," La'Porsha proves that singing is no feat for her. That's not what will prohibit her from winning American Idol. Instead, there's the star-factor — the fact that everyone loves La'Porsha — that will possibly hurt her.

Do I think that's deserved? No. I think La'Porsha deserves all of the American Idols. Hell, I'd be comfortable giving her some of the previous winners' titles, too. But, when everyone gets behind one person early on, as we've seen on reality shows like The Bachelor, people start to become bitter. Fans like a rise to stardom, not someone who steals the show right off the bat.

If you go on Twitter during an episode of American Idol, you'll undoubtedly see many praises for La'Porsha. But, there are also the criticizers who argue that La'Porsha is being pushed as the frontrunner by the judges.

This doesn't necessarily mean that La'Porsha will lose. Billboard marks her as a frontrunner for the season, echoing many fans thoughts. (La'Porsha humbly responded: "I never view myself as the front-runner because I know how the show is and anything can happen.")

The Final 5's performances were released to iTunes for the first time after Thursday's live show. The episode featured Sia-based music with La'Porsha performing "Elastic Heart." On iTunes, La'Porsha does not have the most-popularized song. Instead, Trent and Dalton have more "popular" songs on the music service.

The Top 4 also have their songs for the week on iTunes. Before the episode aired, La'Porsha had the least-popularized song on iTunes with "Stay With Me" by Lorraine Ellison. That isn't a sign she's doomed, but it could speak to the fact that La'Porsha isn't as running so far in the front as fans like I are thinking.