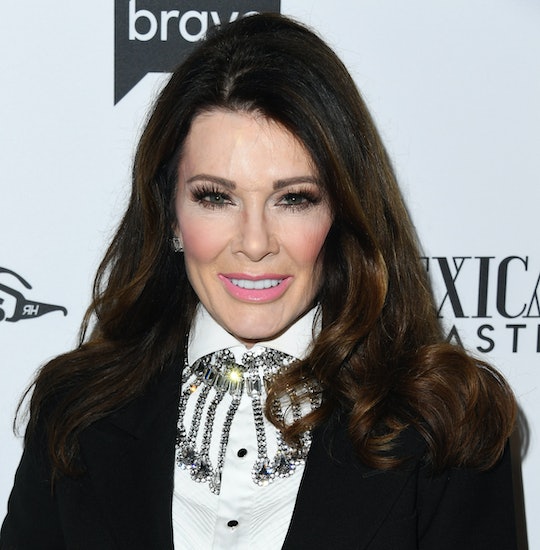 After a protracted feud between the restaurateur and what seems like the entire show itself, the question of whether Lisa Vanderpump will be in the next season of RHOBH remains. The official answer is that... she doesn't know.

She seemed to put the ball in Bravo's court to invite her back, but the network has already displayed a pretty impressive commitment to keeping her on the show. Lisa filmed a majority of Season 9 scenes alone, and didn't attend many of the group activities. To let a Real Housewife film what amounts to a whole season doing her own thing is a major concession for production and one they seemed perfectly willing to do to keep Lisa happy.

"If the timing was right and I felt good about it, sure," she added of signing on for Season 10. "But I just… I’m not that combative, frankly! I think you’ve seen that."

Lisa has been a full-time cast member since the show's inception in 2010. That's nine seasons of full-time Housewife status, which is enough to take a toll on anyone. While her marriage has survived the so-called Real Housewives curse and she's launched a successful spin-off series of her own, Lisa made pretty clear that she's experiencing some burnout.

"I have done 320 episodes of reality television," she told E! News in an October interview. "This year, there were certain things that felt very different to me. I'm not having a go at anybody, I never do, because it's not who I want to be...I want to focus on things for the greater good and carry on doing what we're doing and try to enjoy my life."

Part of Lisa's difficulties this year lay in the fact that she was grieving the death of her brother, Mark, which seems to have affected her tolerance for the usual Real Housewives antics. He died last April of an apparent drug overdose, according to Entertainment Tonight.

"I think a lot of people who follow me and know me know that this year has been much more challenging for me than a normal year," Lisa explained.

Meanwhile, Lisa's restaurant business is booming. The current season of Vanderpump Rules focused on the opening of her newest restaurant and bar TomTom, and she's set to open Vanderpump Cocktail Garden on the Las Vegas strip Apr. 1. It's always possible that Lisa could take a break from RHOBH to focus on her own endeavors for a while and then return later. Going that route certainly wouldn't be without precedent — some of the Real Housewives franchise's biggest stars, including Bethenny Frankel, NeNe Leakes, and Kim Zolciak-Biermann, have successfully navigated it. Maybe downgrading to "friend of the Housewives" billing for a season or two could give the RHOBH stalwart a much-deserved breather.