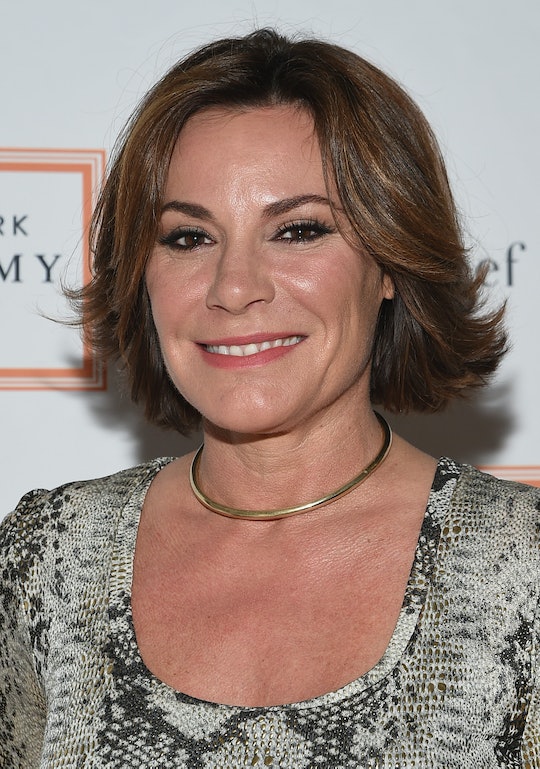 'RHONY' Wouldn't Be The Same Without The Countess

Fans were treated to an entire season of veteran Housewife Luann D'Agostino obsessing over her engagement, wedding preparations, and (very) extended newlywed bliss, but the other shoe dropped off-camera after the season had wrapped. In fact, it was just days after the cast spent 10 hours filming the two-part Season 9 reunion, set to air in a couple of weeks, that Luann announced she was divorcing Tom, the man to whom she'd been oh-so-enthusiastically married to for all of seven months. It has fans wondering: will Luann D'Agostino return to Real Housewives of New York? Season 10 hasn't formally been picked up yet, but you can bet this timeline has all the makings of a redemption season for the Countess.

And truthfully, Bravo can mine this divorce for a ton of powerful scenes. Luann cunningly didn't announce the dissolution of her marriage until after Season 9 had wrapped, but Bravo reportedly reshot at least part of the reunion, according to Page Six, in light of the news. "Otherwise, the reunion shows will seem hopelessly out of date," a source pointed out, "with Luann talking about how much she loves her husband and how they are working out their problems."

If that's the tack production is taking, then the reshot reunion show will be the first time anyone hears about what happened between Tom and Luann. Seeing her reaction to the divorce when the announcement is so fresh certainly sets her up for another season's worth of grieving, picking herself up, dusting herself off, and getting back on the dating scene, which, honestly, was the most down-to-earth and likable the Countess has ever been, both in the eyes of her castmates and in the eyes of fans.

A friend of Tom's told Page Six, "He got played. It was all orchestrated. Without Tom, they wouldn’t have had a season, or the season before. And next season, it will be ‘reinventing Luann’ thanks to Tom. He should be getting a check." Both Tom and Luann commented that their love and their marriage was real, and a rep for Luann claimed the divorce had nothing to do with the show. That may be true, considering the shaky ground from which the pair dove into their wedding weekend to begin with.

But season after season, we see the empowering, redemptive reality TV trope of the heartbroken divorceé bounding back. It's tough to imagine Luann taking a pass on that, especially since she's already gone through two huge breakups on the series — the first with her previous husband Count Alexandre de Lesseps, and the second with her longterm boyfriend Jacques. She's kind of a pro at this point and has been a main cast member since day one, with a temporary one-season demotion to "Friend of the Housewives" for Season 6.

Whenever we do get a Season 10 cast announcement, my money's on Luann standing right where she's been all along.

More Like This
Take An Exclusive Sneak Peek At 'Bluey' Season 3 Before It Lands On Disney+
The White Lotus Is The Perfect Thrilling Treat For After The Kids Go To Bed
The Worst Fake Babies In The History Of Movies & TV That Will Always Be Unsettling
10 Cozy, Romantic, & Drama-Filled Shows To Watch If You Love 'Virgin River'