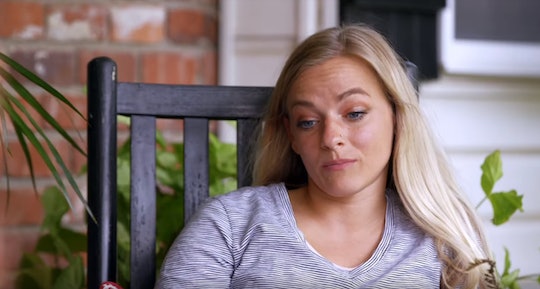 When Season 8 of MTV’s Teen Mom OG ended on Aug. 18, fans were left wondering what the future holds for the cast, especially longtime favorite, Mackenzie McKee. She was featured as a “guest mom” on the last three episodes of the season, and after seeing her emotional return on the reunion special, fans are wondering if Mackenzie will be back for Teen Mom OG Season 9.

As of now, MTV hasn’t confirmed a renewal for the series, so it’s unclear if the show will return for another season. But if it does, it looks like Mackenzie may be on board to share more of her life. In an interview with US Weekly, the reality star said she “would love to continue sharing” her story if she’s asked to join the show full-time. “It’s been a lot of fun filming recently,” she told the outlet.

Viewers have been following Mackenzie since she made her reality TV debut on Season 4 of 16 and Pregnant in 2012, when she was expecting her first child with husband, Josh McKee. Soon after, Mackenzie was featured as part of the MTV spin-off series, Teen Mom 3, in which she navigated life as a new parent, got married, and then found out she was pregnant with her second child.

When Mackenzie — who is now a mom of three — joined Season 8 of Teem Mom OG, she updated viewers on what her current life is like. In the Aug. 5 episode, she revealed she’s been dealing with her mom’s cancer diagnosis and is trying to start her own fitness brand. She also talked about how she and Josh are working on their marriage, despite their past infidelities and lack of trust. At one point, she admits that she believes Josh is cheating on her, and confronts him after getting a text from someone claiming they saw him at a bar with another girl. Josh, who is now a rodeo rider, confesses he was at a bar, but tells Mackenzie that he didn’t fool around with anyone.

In an emotional season finale, Mackenzie finds out that her mom, Angie, has been told by doctors that the cancer has spread through her body, and she may have less than six months to live. Mackenzie recalls how much her mom helped in raising her first child, Gannon, when he was a baby, and how hard it has been for him to understand how sick she is.

In the reunion special, Mackenzie and Angie make it to New York to join the rest of the cast for a sit down with Dr. Drew. While Angie is optimistic and hopeful she’ll get better, Mackenzie says she isn’t ready to see her mom’s health take a turn for the worst.

The fate of Teen Mom OG has yet to be determined, so viewers will just have to wait and see if there is more of Mackenzie’s story coming their way. In the meantime, fans can check out Mackenzie’s Instagram and Twitter pages for updates on her life and her mom’s health.