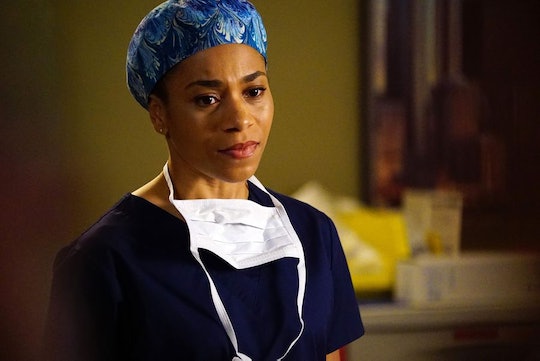 Will Maggie & Riggs Get Together On 'Grey's Anatomy'? It Could Happen

On Grey's Anatomy, the writers love to find irony in the doctors' jobs, but usually it's in the worst way. For example, Addison is a fetal, neonatal surgeon that couldn't have kids; Derek was a brain surgeon who...well you know how that ended. The point is, it wouldn't be all that surprising if the two "heart" doctors fell in love, and after Thursday's episode, it seems Maggie and Riggs are heading in that direction. But will Maggie and Riggs get together on Grey's Anatomy?

Now that Maggie is once again single to mingle she seems to be spending a bit more time with Riggs. Maggie seemed personally offended when she found out Riggs lied to Meredith about what happened between him and Owen, but more than that Maggie, seemed disappointed. Even though a lot of people in the hospital still aren't big fans of Riggs, Maggie likes him, and it hurt her to hear that there was a chance everyone else was right about him.

Still, Maggie listened when Riggs explained himself, and accepted his apology. Then, when Owen wanted to bring in Riggs while they discussed Ben's case, Maggie defended Riggs, pointing out that Riggs wasn't really necessary to their decision. She even called out Owen for trying to find fault with Riggs, even though Riggs did everything right. And when Maggie became distressed after that eight-year-old boy was accidentally shot, Riggs was there to comfort her and make sure she was OK.

Besides the fact that these two are both heart doctors, they're both still relatively new to the hospital. Maggie has found her way in amongst the Grey Sloan people but there's still so much she doesn't really know about everyone and isn't really a part of. In that way, both Maggie and Riggs are still outsiders and could definitely bond over that.

Plus, Maggie deserves to fall in love. Or at least have some fun. The first guy she dated was around for maybe two episodes and was completely unmemorable. And DeLuca was just an intern who didn't know what he wanted and ended up breaking Maggie's heart all because he didn't want people making assumptions about their relationship. Maggie deserves to be with someone who is mature enough to handle their relationship, and Riggs needs someone with a big heart — which Maggie has. Maggie can see the good in almost anyone, and with the weight of the guilt he has about Owen's sister, Riggs needs to be reminded he's still a good guy.