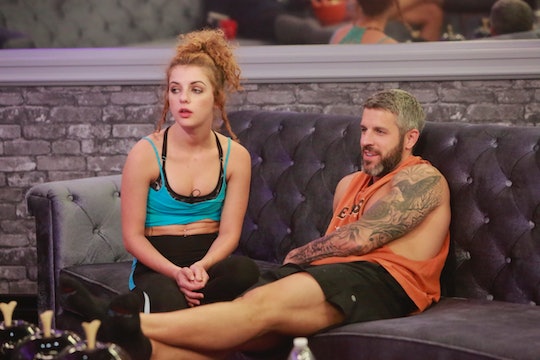 Matt & Raven May Not Last Outside Of 'Big Brother 19'

Big Brother 19 started off with three showmances, but now the house is down to one. Matt and Raven are the last couple standing and with them both on the block this week, it definitely seems like one of them will be heading to jury very soon. As their time in the house comes to an end, one has to wonder will Matt and Raven stay together after Big Brother?

Though their relationship seems strong in the house, things can definitely change once the game is over. Matt and Raven got to know each other while locked up in a house with no connection to the outside world. However, once the season ends, they'll go back home to two different parts of the country. While Matt will return to Arlington, Virginia, Raven will head to DeValls Bluff, Arkansas, putting them at a distance of 960 miles.

Fellow evicted houseguest, Jillian Parker, seems to agree with Jessica's sentiments, and even called Matt and Raven's relationship a "hot mess." She also called out Raven for being jealous and territorial over Matt. "Raven was kind of mean to me because I would talk to Matt," Jillian revealed to Us Weekly. "She rolls her eyes at me a lot. Also, Matt's not a relationship kind of dude. Based on his lifestyle, it doesn't seem like a good fit. He's way too old for Raven and I don't think he would date her in the real world." Matt is 10 years older than Raven, though some houseguests thought Matt was much older than he is on account of his "silver fox" grey hair.

It seems no one has faith in this showmance lasting after the show and thus far it doesn't appear like Matt and Raven have made any plans for what will happen once the season is over. Still, that doesn't necessarily mean they can't make it last. Fans will just have to wait and see what happens when the cameras are off and Matt and Raven are free to go on a real date together.