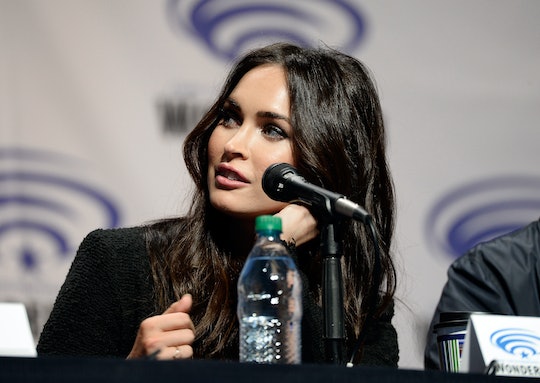 Will Megan Fox Return To 'New Girl'? This Isn't The Last We've Seen Of Reagan

The sixth season of New Girl is swiftly approaching and fans cannot wait to see their favorite roommates back together again. The Season 5 finale left us off on a cliffhanger with Jess finally realizing she's in love with Nick and Nick leaving to be with his quasi-girlfriend, Reagan (Megan Fox), in New Orleans. So will Megan Fox be returning to New Girl, forming a love triangle between herself, Jess, and Nick? Although Fox will definitely returning for the sixth season, it's unclear what her relationship status with Nick will be.

According to TVLine, who broke the news of Fox's return, Fox has signed on for a big arc in Season 6 that could be as many as eight episodes. However, due to Fox's pregnancy, she won't be returning to the show until midseason, meaning when Nick comes back to the loft it'll be sans Reagan. Still, that doesn't necessarily mean the couple didn't have a great time in New Orleans, it could just mean Reagan stayed behind for work and now she and Nick are doing the long distance thing until she can come back. If that's the case, that may make things awkward for Jess who will undoubtedly handle her feelings for Nick in the worst possible way.

Without Reagan there to be a constant buffer between Nick and Jess, Jess may find herself in an awkward situation with Nick who she of course still lives with. On the other hand, with Reagan out of the picture (at least for now) that may give Jess the opportunity she needs to tell Nick how she truly feels and they can finally get back together. Although the first time they dated didn't go so well, both Nick and Jess have grown and changed a lot since they broke up. Maybe it's finally time they give their relationship another shot, and this time it may stick.

Still, this is New Girl after all, and nothing comes easy to these roommates. If Nick and Jess do end up together it'll take a while for them to get there. Hopefully they'll figure out their relationship before the end of Season 6.