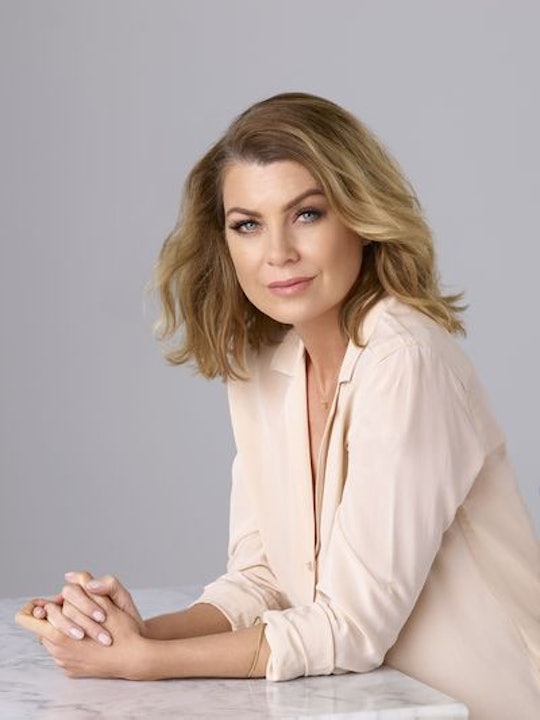 Meredith Needs To Scrub Back Into 'Grey's ASAP

Grey's Anatomy fans haven't seen much of Meredith recently. So far in the second half of Season 13 there's been two whole episodes without Meredith (excluding her narration). However, our beloved leading lady is back in Thursday night's episode and it looks like there's going to be a lot of drama to go with her return. Last fans saw of Meredith, Dr. Bailey had suspended her from the hospital and though Alex attempted to get her job back, Bailey shut that idea down pretty darn fast. So will Meredith get her job back on Grey's Anatomy? Well, seeing as how her name's on the hospital and in the title of the show, I feel fairly confident in saying she definitely will — but it's going to mean coming to some sort of truce.

In the ongoing civil war at Grey Sloan Memorial Hospital, Meredith put her foot down and refused to have the new teaching doctor, Eliza Minnick, scrub in on her surgery as a gesture of her support for Richard. Bailey then laid down the law, sending Meredith home and suspending her until further notice. In her place, April has become the interim head of general surgery and while she's done a fair job in the role, it's time for Meredith to return to work. But will Bailey let her scrub back in that easily?

It's obvious, based on the preview for the next episode, that Meredith and Bailey are still bumping heads.

Though Dr. Webber tells Meredith to get her job back, when Bailey comes by for a visit, Meredith refuses to budge. "You made the wrong choice," she tells Bailey in the promo. While that may be true, there's really not much else Meredith can do about the situation. She's not working right now and it's pretty hard to affect change while on the outside. It's time Meredith at least tried to bury the hatchet and get back to work. Her patients need her and though Arizona always has Alex's back, he could use as much support as he can get right now.

Though it may not be peaceful, I'm sure Meredith and Bailey will come to some kind of agreement so that Meredith can return to work in the near future. Deep down, Bailey loves Meredith and it's got to be hurting her not having her former intern around. These two have been through too much not to work it out now.